Today, over three decades since it was believed to have ended, many remnants of the Cold War are found worldwide. The Asia-Pacific region is where such remnants are most densely concentrated, including their structural foundation, the «San Francisco System». Taking the San Francisco System as its conceptual grounding, this paper considers the impact of the Cold War on relations between states and local populations – the Okinawans and Ainu – in the two frontiers of Japan. The first section of this paper looks at postwar US consolidation of lands for military use and the growth of Indigenism (i.e., movements in support of Indigenous identity and rights) in Okinawa. The second section examines Japanese government policy on the territorial dispute with the USSR/Russia and Ainu Indigenism in light of the Cold War and its development in the Asia-Pacific. The paper argues that the shape and timing of Okinawan and Ainu Indigenism were intricately related to the Cold War in Asia and the San Francisco System 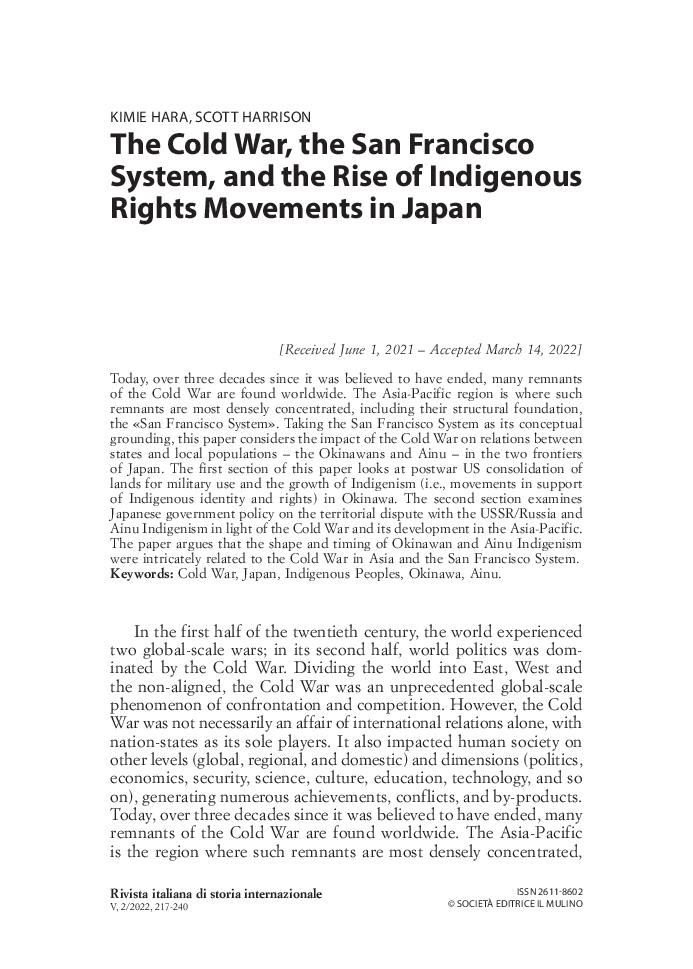