Discussions of the difference between the Cold War-era foreign policies of Japan’s Conservative Mainstream and Conservative Tributaries have been almost exclusively within the context of Japan’s security relations with the United States. Much less attention has been paid to the discord in their policy toward China and the Soviet Union. During the Cold War period, with a few exceptions, Yoshida Shigeru and his successors (the Conservative Mainstream) made efforts to entice China to the Japan-US side and exclude Soviet influence from Asia as much as possible, seeking a Japan-US-China partnership. The politicians of the Conservative Tributaries, which included Kishi Nobusuke and his followers, tended to consider it essential to establish closer ties with the Soviet Union without ignoring the importance of improving relations with China, pursuing Japan-US-China-USSR cooperation. Analysing their views on China and the Soviet Union also challenges the conventional understanding that the Conservative Mainstream pursued realism while the Tributaries were driven by emotional nationalistic impulses 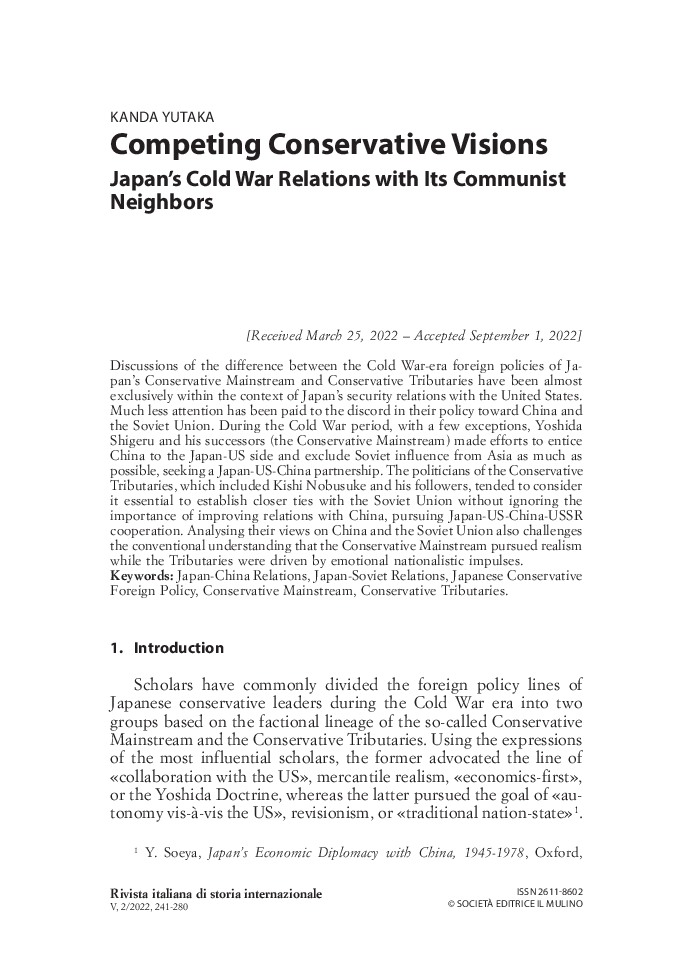