George F. Kennan’s contributions to policy-making making, particularly during the Cold War vis-à-vis the former Soviet Union, are well known, but his views and involvement with other parts of the world are lesser known. Of those, Kennan played an important role in postwar Japan, providing the overall intellectual and policy framework that guided its recovery amid the disruptive time in the early years after its surrender. Many scholars and observers tend to think that his involvement, albeit important, with Japan ended then. In fact, he continued to watch that country and even visit there again twice, in the early 1960s and early 1980s in his academic capacity as a scholar at the Institute for Advanced Study in Princeton. As a result of the former trip, in which he gave many talks and exchanged opinions with a variety of Japanese intellectuals, he published an article in Foreign Affairs that caused a great deal of controversy in official US-Japan circles and met with repudiation from his former colleagues in the State Department. Using a multi-archival approach, this article examines his 1964 visit to Japan, the interactions he had there, views he expressed, and the criticism he invoked 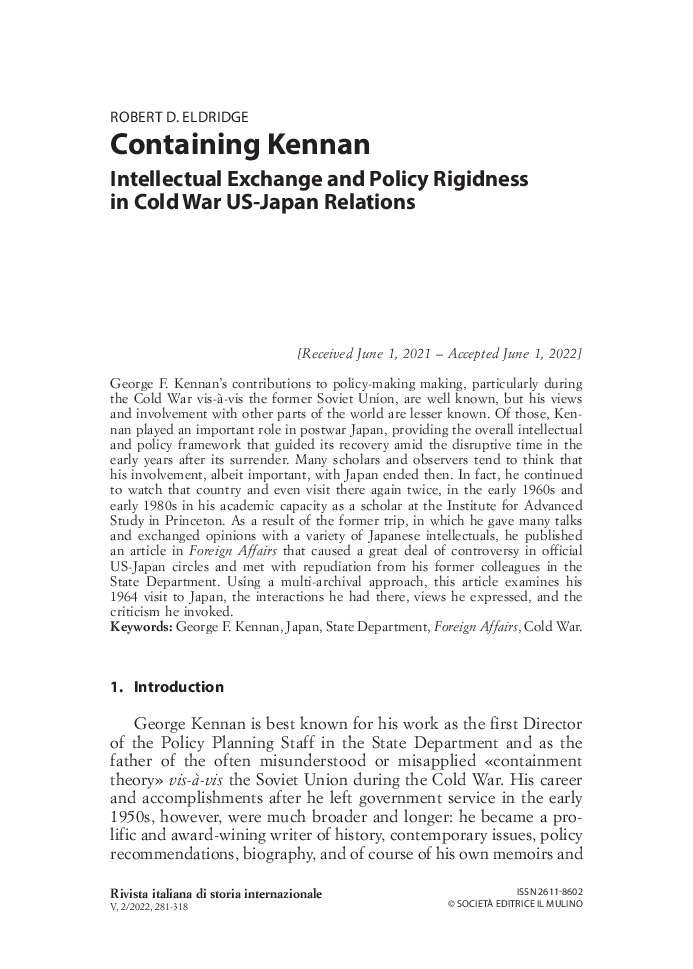