Japan’s surrender brought an end to the bloody battles of the Pacific War; the occupations that followed created chilled territorial and ideological divisions that characterized the Cold War. Initial moderate policies designed for US occupations in Japan and southern Korea gradually hardened into conservative governments in both the Republic of Korea (ROK) (formed in 1948), and in sovereign Japan from 1952. While both cases show this transformation as part of the US postwar occupation efforts, signs of this trend were evident from August 1945, if not before. This paper details the conservative zone that the US strove to forge in Northeast Asia in response to perceptions it held toward Soviet strategy and ambitions in the region, as well as in other parts of the world, a response to what it interpreted as the increasing penetration of communism into these territories. It anticipates, but stops short of investigating, that similar perceptions may have driven Soviet efforts to push progressive politics, as well. This drove the US to embrace its former Japanese enemy as a junior partner in this struggle, while protecting within southern Korea, and later the ROK, a continued Japanese influence to build a sturdy bulwark to contain Soviet advancement 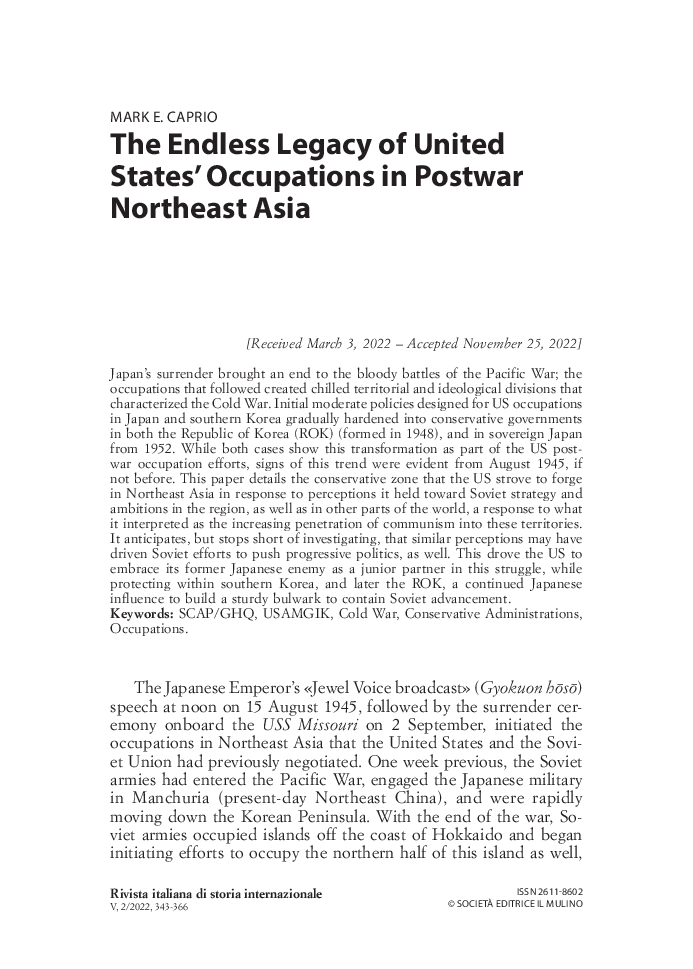