Japan’s strategic posture today has radically changed from that of the Cold War. In those years, it resisted efforts of American administrations to mobilize Japan in the conflict with the Sino-Soviet bloc. Despite two security treaties, as well as pressure from successive administrations in Washington to expand both the size of its military and its role in the area, Japan maintained both a small defense force and a low profile in Cold War Asia. Today, Japan’s military ranks among the top three in Asia. Its strategic concerns and range of activities has expanded beyond mere defense of the home islands. And given the present security situation in Asia, the possible role of Japan in a Taiwan Strait crisis involving the United States has become a frequent topic of speculation and discussion. Yet, this importance of the Taiwan question in the Japanese-American security relationship is not a recent phenomenon. It has deep historic roots in the years of the Cold War in Asia which took shape in response to domestic politics and international developments. This paper explores these roots. It examines the manner in which American policymakers sought to shape the alliance to support Washington’s objectives in the Taiwan area from 1950 to 1972 – the years from the outbreak of the Korean War until Japanese recognition of the People’s Republic of China and the initiation of American attempts to normalize relations with China. 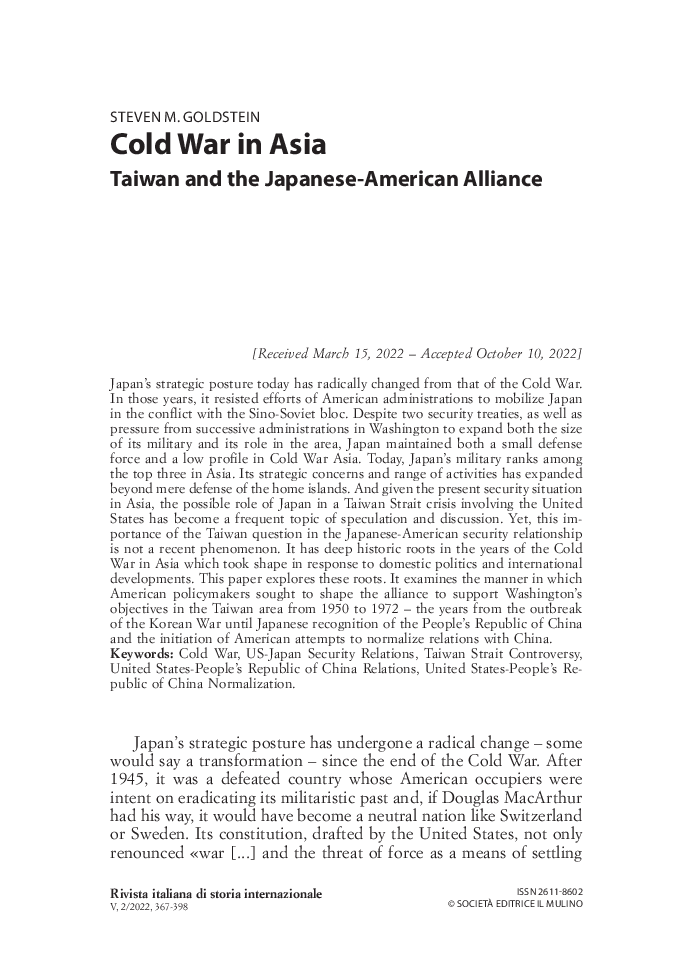