The consequence of WW1 and the attention placed by world politics and public opinion on disarmament and limitation of military spending led in February 1922 to the signing of the Washington Naval Treaty, which agreed to prevent an arms race by limiting naval construction between the five major powers. In the following years the League of Nations discussed the possibility of extending the treaty to other countries, including Soviet Union. Negotiations on this issue led to the convening of the Rome Naval Conference of February 1924, whose goal was to reach an agreement on a draft convention for the extension of the principles of the Naval Treaty to be later submitted to the League of Nations. During the conference, the delegations found themselves on different positions, with Soviet Union, Brazil and Spain openly countering the proposed arms reduction project. This paper intends to describe the events of the Rome Naval Conference highlighting the positions taken by the various delegations in order to contribute to a better understanding of interwar negotiations on naval disarmament. 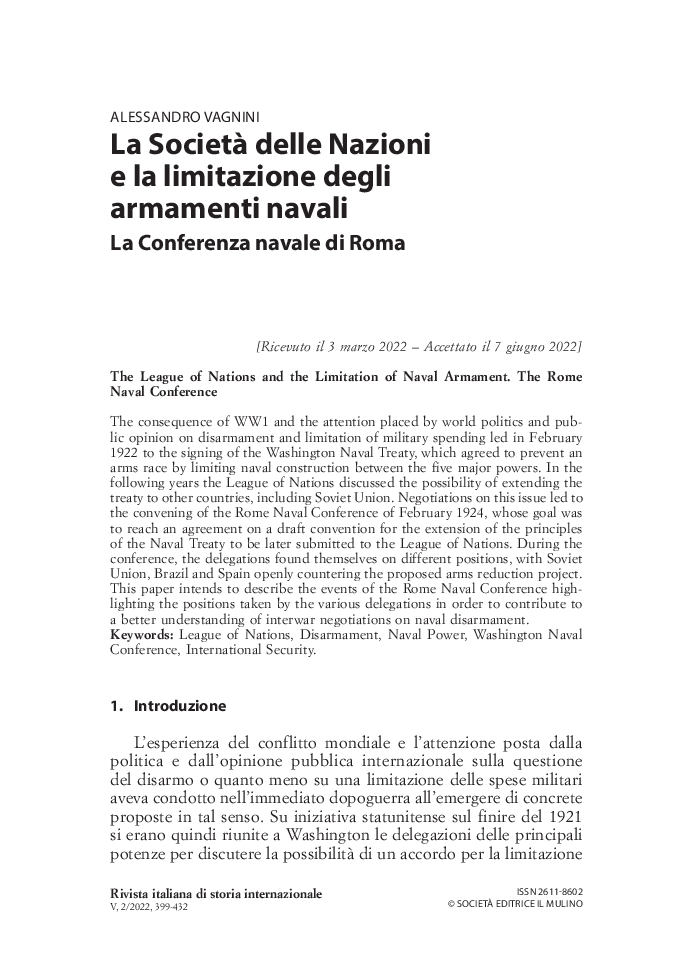