The intervention of the United States alongside the Entente during the First World War significantly changed the political and diplomatic framework of the war, also creating the premises for future peace negotiations inspired by a different logic than that of power that had dominated the European diplomatic scene up to that point. The principles of «Wilsonism», on the basis of which Washington had decided to abandon its neutrality, soon conquered the political imagination of peoples and governments, projecting the image of an international society based on values such as the security, justice and democracy. A key moment to verify the possibility of making this perspective concrete was the debate that took place, once the conflict ended and the Peace Conference opened in Paris, within the Commitee which was given the task of giving form to the Covenant of the League of the Nations, that is, to that body which should have been the keystone of the international system envisioned by the American president. The purpose of the following pages is to trace the genesis of the founding statute of the future League from an angle that intends to privilege the periphery's outlook. In particular, the essay analyzes the attempts made by countries that were not part of the «Big Four» to enable the creation of an international system more responsive to the political-diplomatic situation that came to be determined at the end of the war. 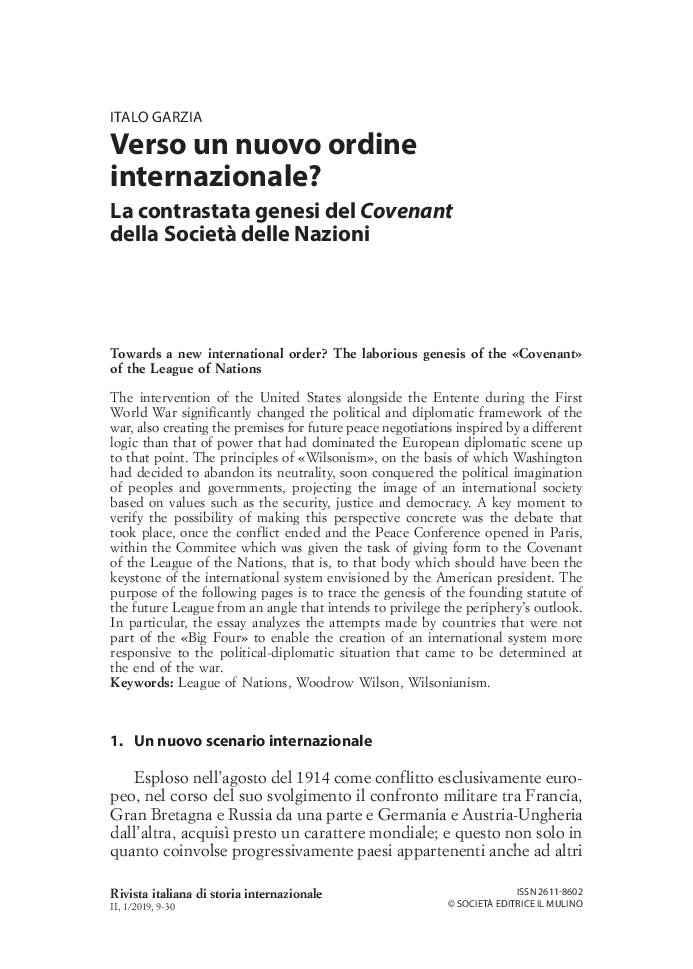