In August 1923, Ethiopia submitted a request for admission to the League of Nations, and on September 28, after a heated debate, the country joined the League. The existing literature has almost exclusively concentrated on the last part of the Ethiopian path to Geneva, the discussions that took place within the League members in the last months of 1923 on the advisability of admitting the country to the «family of Nations». This article proposes a broader framework, focusing on the months between 1918 and 1919, when Ethiopia confronted the Italian attempts to impose its hegemony on the Horn of Africa and saw in the League of Nations an effective tool to counter Italian ambitions on the region. The first part of this article explores the political context in the Horn of Africa during and immediately after the end of the Great War, highlighting the fierce competition between Italy, France, and Great Britain. The second part analyzes the impact on Ethiopia of this complex international situation, focusing on the visit of the American consul of Aden, Addison E. Southard to Addis Ababa in March-April 1919. The article identifies in the sending of three diplomatic missions to Europe, in the spring of 1919, the first Ethiopian attempt to guarantee its territorial integrity by joining the nascent League of Nations, suggesting a more careful reading of Ethiopia's diplomatic skills and abilities to operate in the international arena. 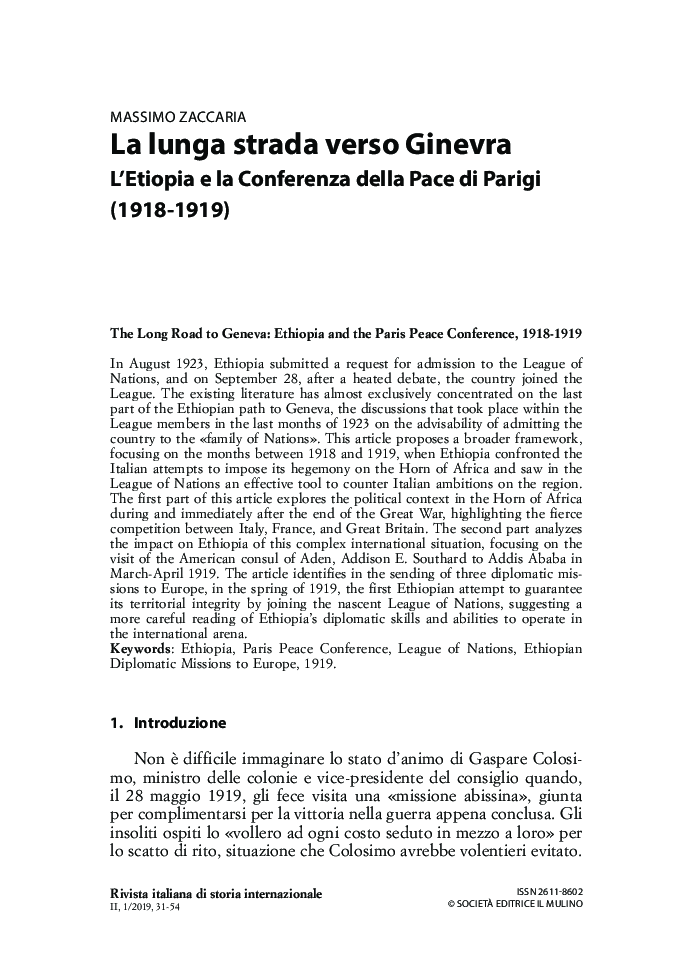