On the centenary anniversary of the Paris Conference, this article evaluates the legacy of the Greater War in the former Ottoman space from the point of view of the nationalist «Delegation» [Wafd] animating the Egyptian Revolution of 1919. Drawing mainly from British archival sources, my essay traces the venues and the rhetoric of the international public mobilization of the Wafd, which, after vainly seeking admission to the peace talks, attempted to interfere with the British, French and US national debates on the ratification of the Versailles Treaty. Nonetheless, while delivering their anti-imperialist campaign in such diverse contexts as the Parisian socialist milieus and the United States «treaty fight», the Delegates never ceased to negotiate nominal independence with the British authorities, which calls into question their real stand vis-à-vis empire. By putting the public discourse of the Wafd in context with its apparent attitude towards both the British occupiers and the rest of the former Ottoman space, I argue that what the Egyptian nationalists of 1919 actually wanted was to increase the political autonomy and the symbolic status of their home country within an imperial order which they took more or less consciously for granted. 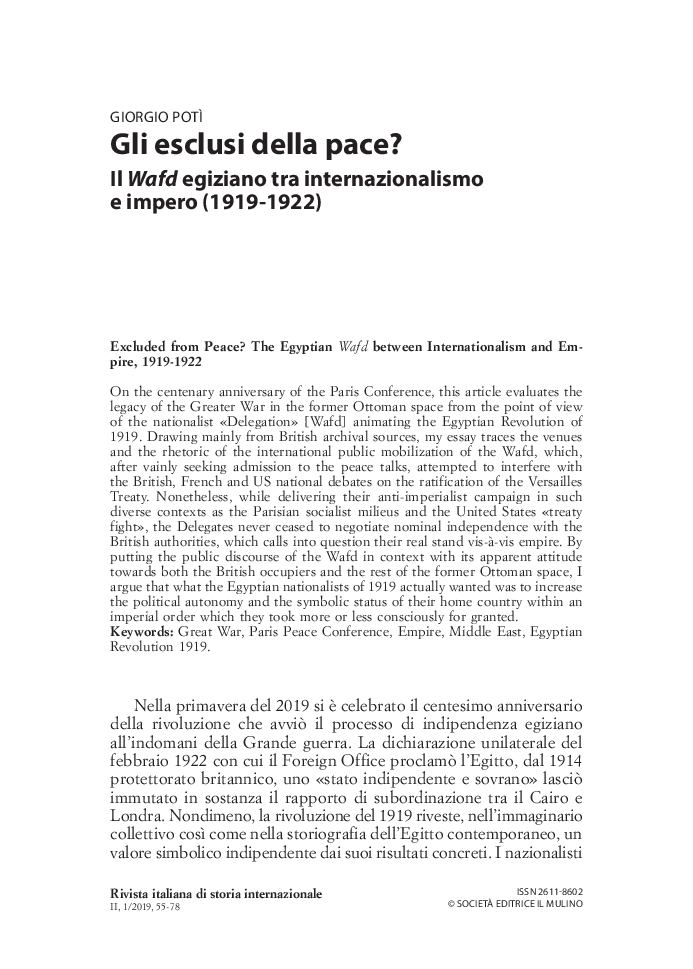