Are China, the rising power, and the United States, the dominant power, likely, as Harvard political scientist Graham Allison warns, to chart a perilous course toward the «Thucydides’s Trap»? History alone does not provide direct answers to such a vital question. Yet, reflections on the history of Chinese-American relations in the 20th century – and in the past four decades in particular – may offer some time-tested wisdom, thus letting us occupy a more informed and discerning position to deal with challenges facing Chinese-American relations and, by extension, the endangered trend of globalization now and in the future. It is with this belief that I write this essay to provide a historical review of the development of Chinese-American relations from Mao Zedong to Deng Xiaoping. 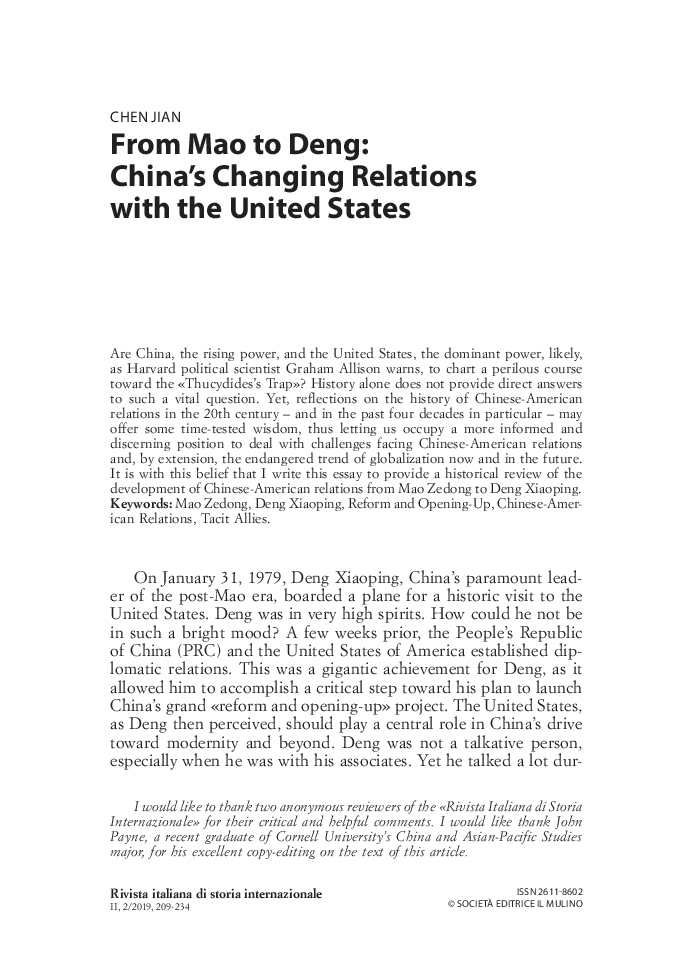