Youth plays a growing role in China’s public diplomacy and soft power strategy. In recent years, the Chinese government has indeed invested a growing number of resources in exchange programs and initiatives targeted at young people with the aim of promoting the image and global influence of the People’s Republic of China. Yet, the importance given today to the so-called «youth diplomacy» (qingnian waijiao) is not new. Since the early 1950s, China’s mass youth organizations have been active in promoting exchanges and establishing links with the outside world that could contribute to cultivating «friends» and support the government in pursuing its political objectives. This article provides a historical analysis of China’s policy in Africa in the early Cold War years (1950s-early 1960s), paying attention to the role of youth within Beijing’s «people-to-people» diplomacy. Based on available Chinese sources, it discusses the importance of «youth diplomacy» as an instrument of foreign policy and highlights different modalities of this practice as well as the role of sub-state and non-governmental actors in promoting Communist China’s early encounters with Africa. 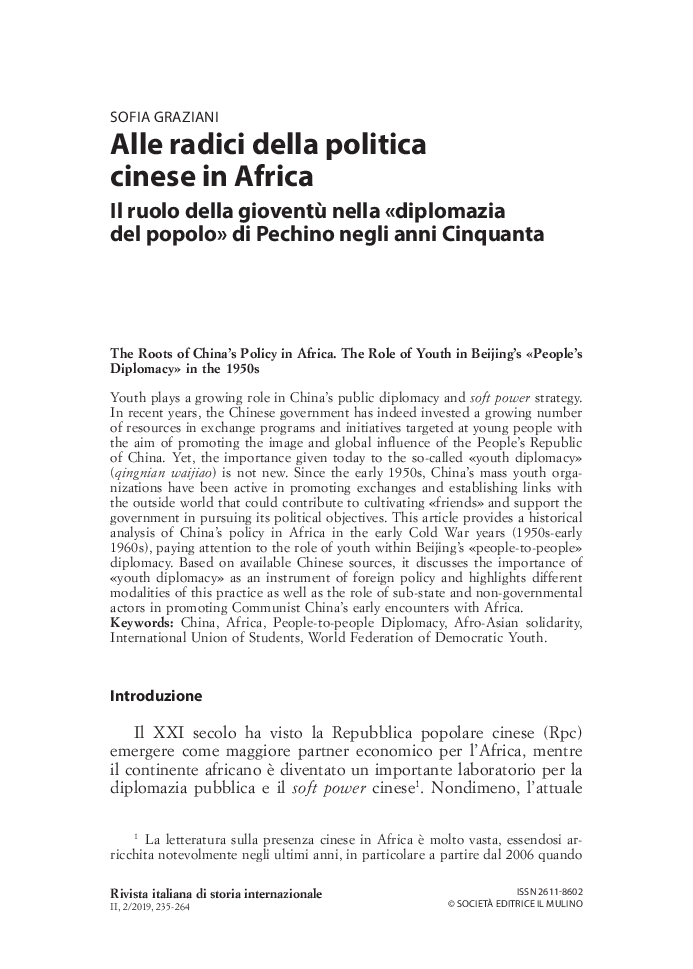