This paper will focus on the relationship between the PRC and the European Union, with a special reference to both its economic and geopolitical value. In the aftermath of the Soviet Union’s implosion and the end of the Cold War, China has increasingly referred to the emergence of a new multipolar world order – in contrast to a hypothetical unipolar American-led order – within which the EU played a crucial role. At the same time, Brussels wanted to increase the international weight of the Union and take advantage of the opportunities offered by the Chinese market, especially after Deng Xiaoping’s historic “South China tourµ. In this perspective, China and the EU established a comprehensive strategic partnership in 2003. Actually, this did not produce any strategic achievement over the years, due to the substantial differences between the two actors and a number of challenges on specific issues. Nonetheless, the relationship maintains its relevance for both parties, in face of today’s global uncertainties in general, and the choices of the Donald Trump administration in the United States in particular. 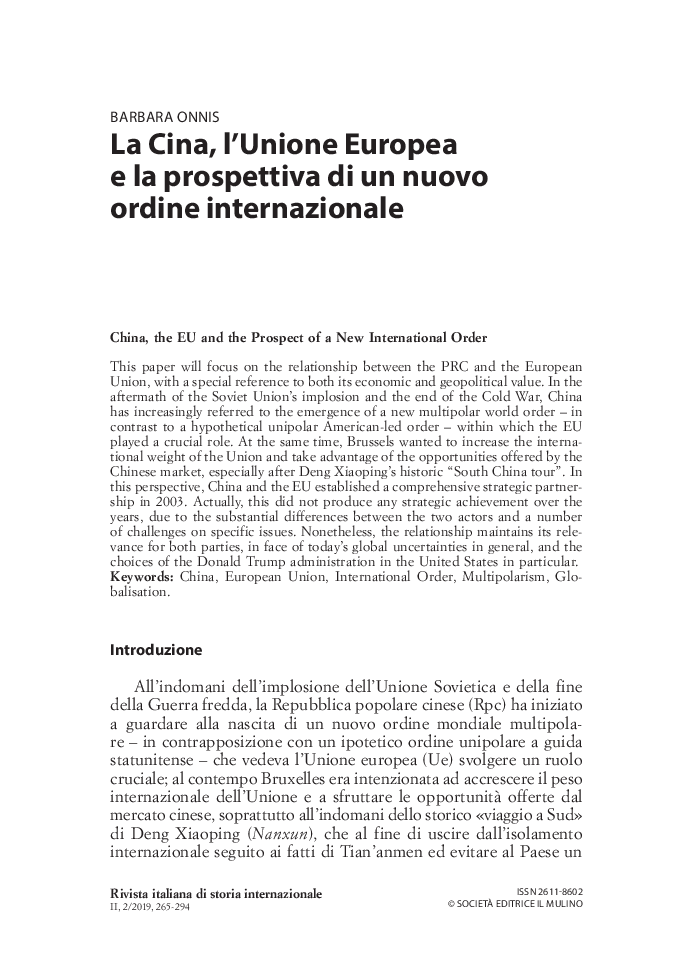