Since the first encounter between Italians and Japanese in the 16th century, the cultural dimension has been a cornerstone of bilateral relations. This is true also for Fascist Italy, although it is only after 1936 that the Italian government developed an active cultural policy toward Japan, following the reorientation of its foreign policy in Asia. The paper analyses the context of Fascist Italy’s cultural engagement and propaganda in Japan, focusing on its objectives and its modus operandi until the end of 1942, when the curtain came down on the large Leonardo da Vinci exhibition held in Tokyo, the last event of a failed and tragic alliance. 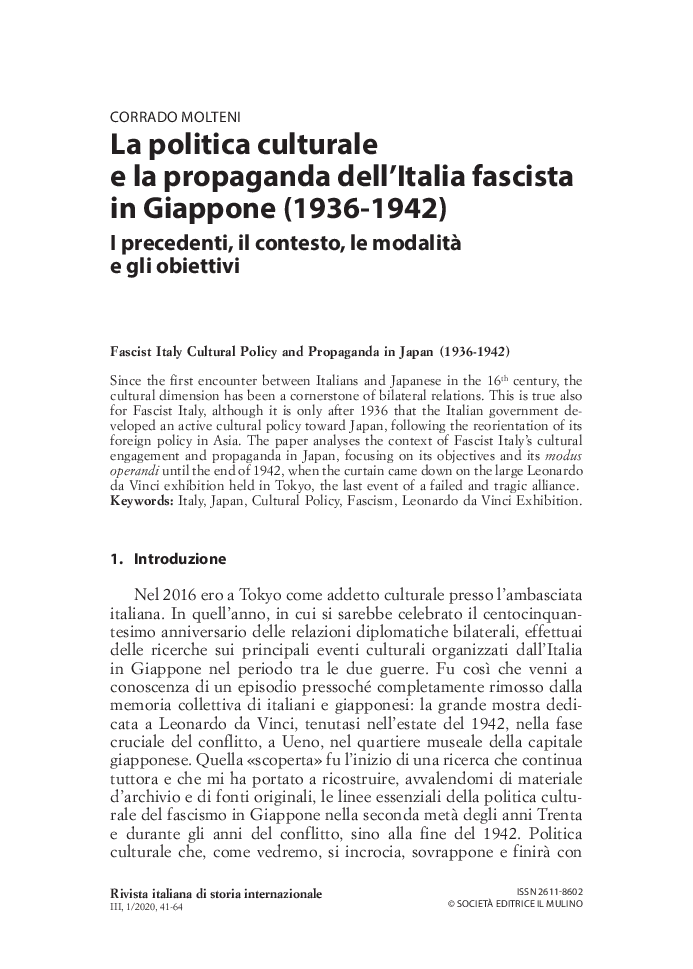