This essay aims to analyze both the evolution of US strategy concerning Europe in the years between 1989 and 1991, and the intra-European dynamics of the same period, which led to the inclusion of a Common Foreign and Security Policy (CFSP) in the Treaty of Maastricht in December 1991. In particular, through the documentation of the British National Archive, which shed new light on London’s role in urging the United States to take a position on the progress of discussions among Europeans, we will try to reconstruct the discussions on the role NATO and the future of Europe for security and defense, and the thinking that inspired the negotiating choices by the various actors involved. 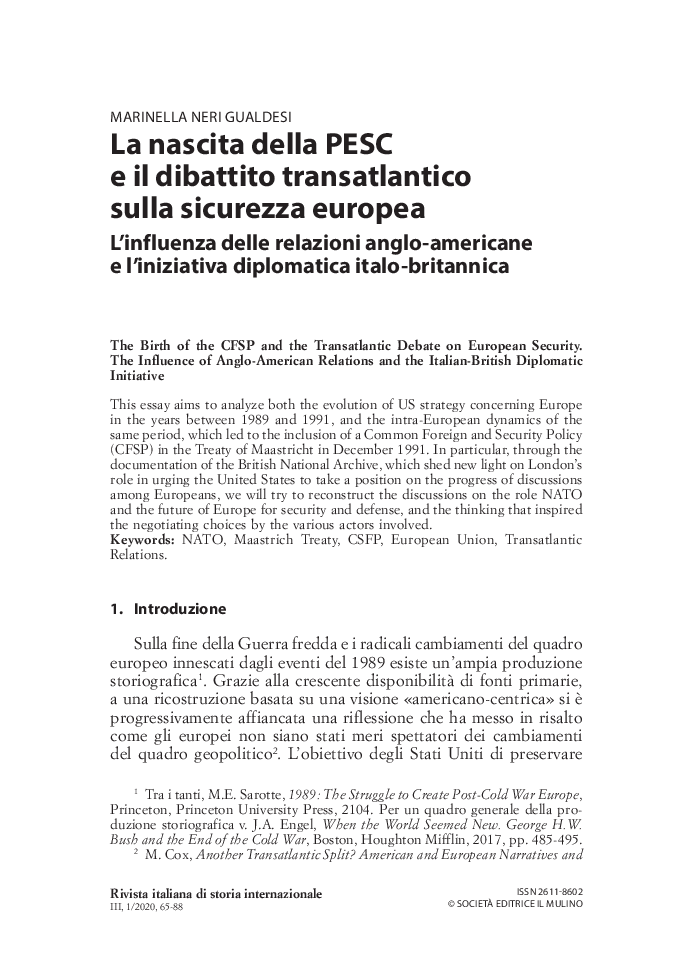