In recent decades, historians have devoted a great deal of attention to the medieval cities in Southern Italy. This has revealed, among many things, the variety of forms of religious life adopted by lay people. From the twelfth century, alongside older lifestyle choices such as eremitism and domestic monasticism, there is good documentation of the spread of the voluntary reclusion chosen by men and, above all, by women. This has so far been well documented and widely studied for Central and Northern Italy, but evidence is now also beginning to emerge about the South. The documentation available so far includes towns and cities in Campania and Apulia, and the most highly urbanised areas of Southern Italy, but it is of particular relevance for Benevento. The Appendix contains a previously unpublished document that provides a richly detailed account of religious life in Benevento at the end of the thirteenth century. 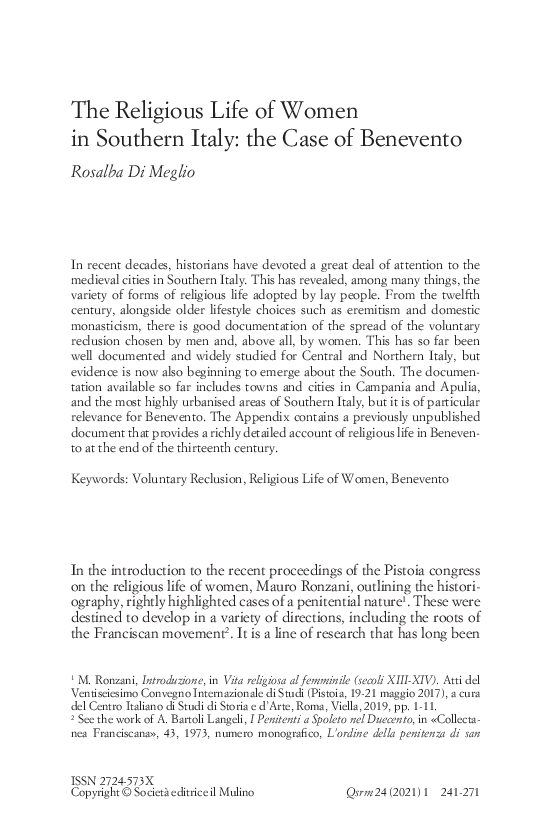