From the 13 th century, urban reclusion, particularly on the part of women, became increasingly evident in the Venetian lagoon, and was consolidated in later centuries in the urban area of Rialto. The paper examines the origins and the evolution of recluses’ experiences in the context of Venetian religious life. Analysing the notarial documentation held in Venetian archives has permitted an understanding of their numerical presence, the places where they lived, their social identity and, in part, the forms of life adopted by hermits and recluses, while also aiming to highlight the differences and similarities between male and female experiences. The study also explores the relationships established – especially by women – with local religious institutions and, in particular, with the clergy and the bishop, without neglecting the connections with monastic communities. Finally, the analysis of a large number of last wills and testaments reveals the reactions of Venetians to this singular religious choice and the role played by urban reclusion in the wider context of Venetian religious practice. 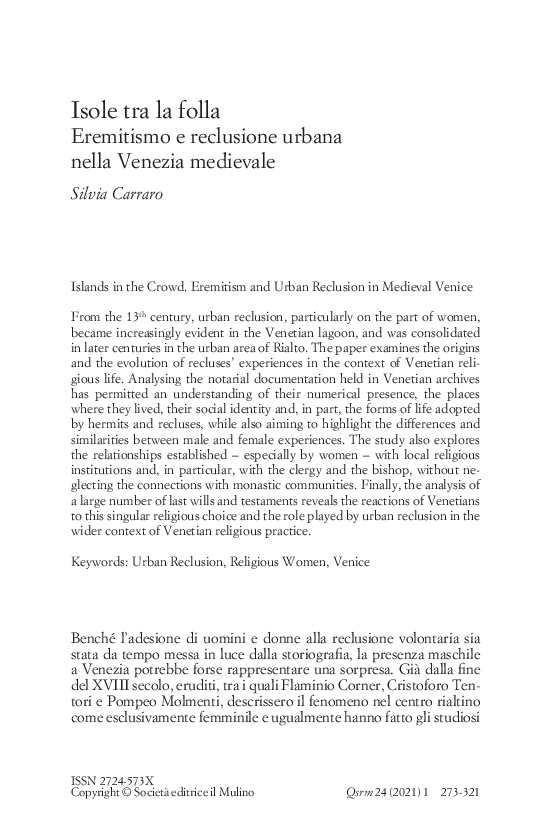