In rethinking how we look at anchoritism, one area of rich potential is the figure of the widow as anchoress. This article suggests a more extensive trend than was previously believed among women of material means who sought an enclosed life yet still influenced the social and political realms. Passing through the stages of marriage, widowhood, partly enclosed nun, and then fully enclosed anchoress affords a revised perspective on these women’s interactions with the community. The paper examines the widow as anchoress in three countries: Yvette of Huy (Belgium), Dorothy of Montau (Prussia) and Loretta de Braose (England). In particular, it explores how widowed women who sought greater enclosure without entering a convent interacted in political and spiritual fields, and tests the limits of physical autonomy and spiritual flexibility 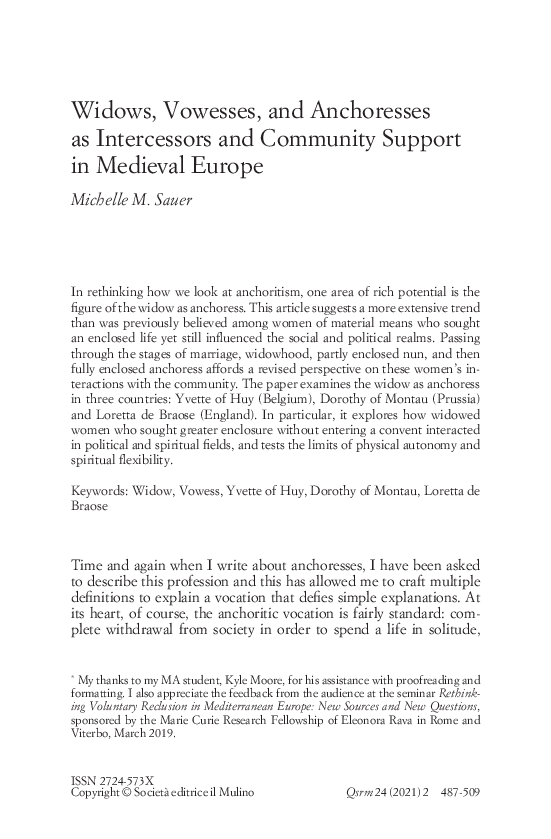