This paper analyses a list of nearly 300 paupers assisted by the Confraternity of Mercy in Bergamo in 1282 that includes hermits and recluses from the city and its surrounding territory. Close study has brought to light names, places and characteristics, including the terminological distinction remittus/incarzelatus not found in other areas. The list also documents a larger presence of male hermits compared to females, albeit with proof of the existence of female hermits in the mountain areas near the city. Women, however, appear to be more numerous among urban recluses. Lists such as this represent a useful documentary resource for diverse areas of research, allowing us to acquire a better understanding of the experiences of both eremitic life and voluntary reclusion, at a single, synchronic glimpse 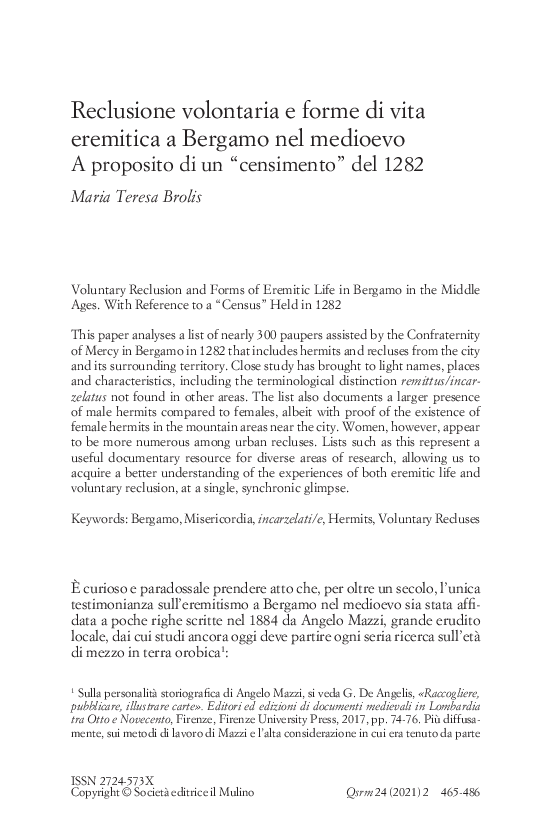