This paper examines the emergence and extent of voluntary reclusion in medieval Dalmatian communes on the basis of last wills from Zadar, ¦ibenik, Trogir, Split, and Dubrovnik as recorded by Dalmatian notaries from the mid-thirteenth to the late fifteenth century. The analysis focuses above all on quantitative and qualitative analyses of the wills in order to explore the social position and gender of testators leaving pious legacies to recluses, the types of these legacies, and, when possible, the locations of their cells. The analysis shows that the phenomenon of female reclusion in Dalmatia became increasingly popular approximately at the same time as in communal and urban societies in the Italian peninsula and other Western European regions. The sources also point to bilingual literacy (Latin and Croatian) as one of the main characteristics of Dalmatian recluses in the period examined, confirming the increase in literacy of these late medieval Dalmatian women 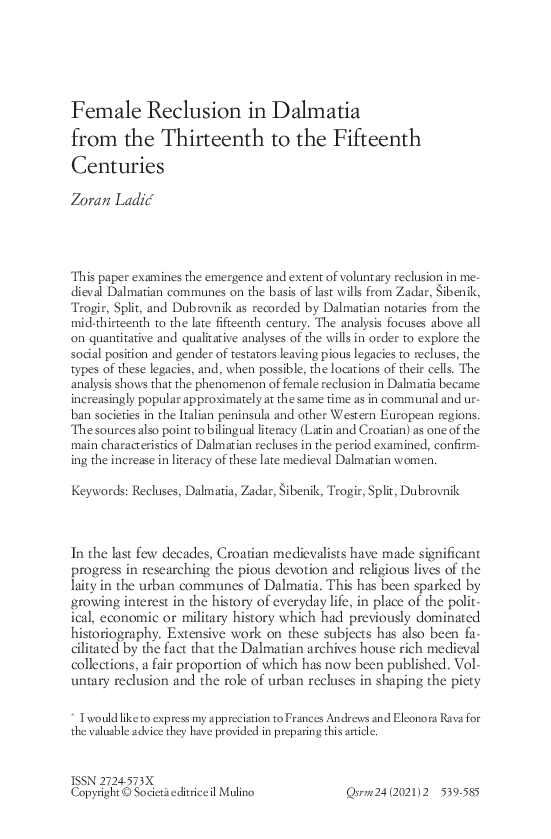