The present article attempts an initial investigation into urban reclusion in the 13th and 14th centuries in the diocese of Montefeltro and, in the first instance, in the rectorate of Sant’Agata (Sant’Agata Feltria). It begins with an introduction to the early diocese of Montefeltro, highlighting previous cases of eremitism and offering a brief panorama of the religious landscape, in particular that concerning women. This is followed by mapping known celle/cellani (recluses), identifying location, sex and so on, and the terminology used to refer to them. Furthermore, the article attempts to describe the structure of a recluse’s cell, based on the archaeological study of one and the few details available in archival sources. Attention is also paid to a hypothesis that the recent rediscovery of a surviving cell matches that cited in the extant records. Two documents that show the activities of cellani and their relation with the lay community are then analysed. Finally, the essay seeks to understand whether there was any contact with the Poor Clare monasteries in the territory which would then become the detainers of the documentary records 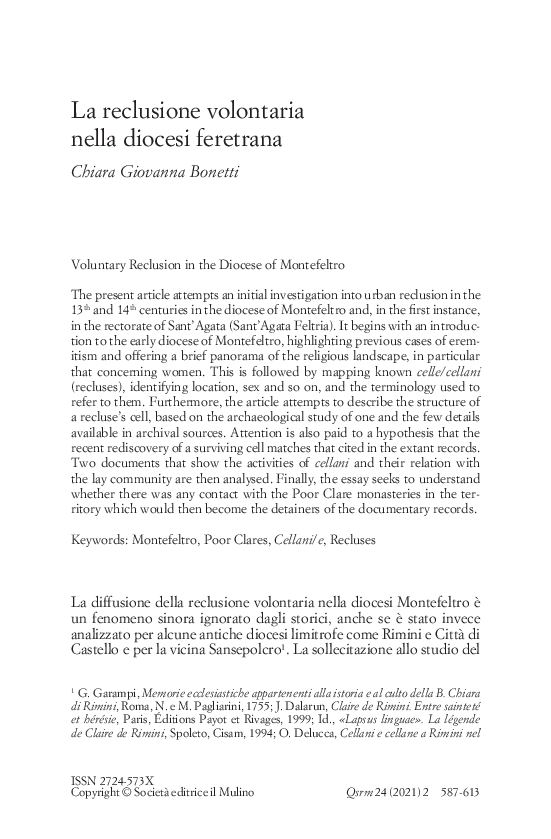