Drawing on medieval hagiographical and notarial sources, this paper aims to describe the sites and communities of hermits in the city of Verona, while looking at the practice of voluntary reclusion which has hitherto received little attention. It is often difficult to tell the two phenomena apart even if historiographic tradition tended to attribute the (mobile and restless) hermitic lifestyle to men and (protected and stable) voluntary reclusion to women. The terminology used in the sources does not always help us distinguish between the two phenomena: the terms heremita, inclusus/a, reclusus/a sometimes appear to be used indiscriminately, which suggests that there was a degree of permeability between the practices of voluntary reclusion and eremitism. Of note for their peculiarity are the figures of the priest Bonsignore, who in the first half of the thirteenth century lived in a cell near the church of S. Lucia in Verona, and his contemporary the hermit Sofia, who was never confined to a cell but moved about in various contexts of the city’s religious life 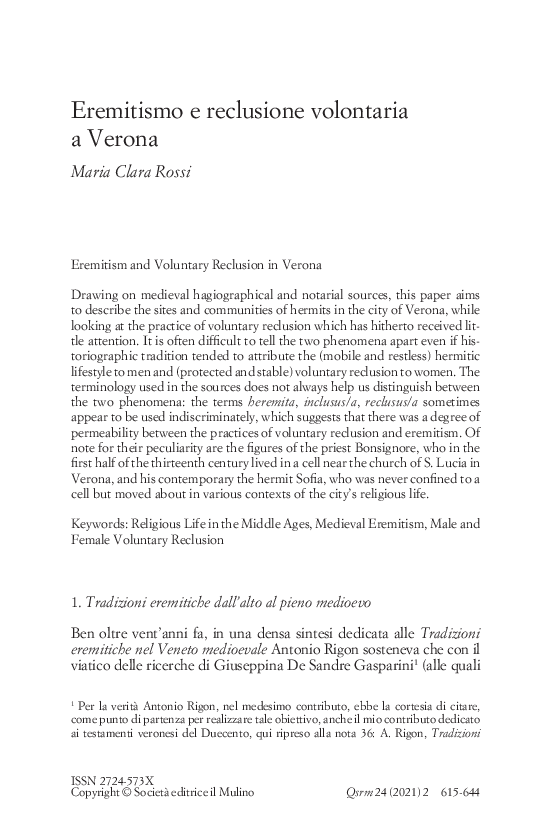