According to this tenet, the role of women in the early church was circumscribed by specific limitations and in a subordinate position within the marriage. As is known, marriage was for a long time an institution exclusive to aristocratic families alone, granted to those who had a legacy to be passed on. One of the various aspects concerning the phenomenon of ascetic practices, was conjugal continence, which played an important role particularly in the fourth and fifth centuries. Considering that a wife was subordinate to her husband in a hierarchical relationship in late antiquity, the article discusses the ways in which Pelagius, Jerome, Augustine and Gregory of Nazianzus reported the experiences of a continent marriage in which it was the woman (respectively Celantia, Artemia, Ecdicia and Gorgonia) who decided to refrain from physical relations with her husband. 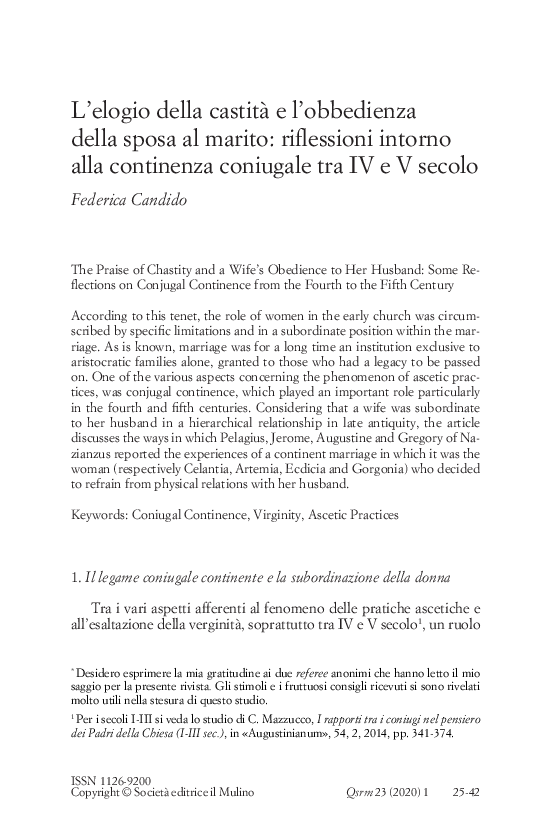