This paper analyses some forms of mixed gender cohabitation in late antiquity and Byzantine monasticism. While not explicitly defined, these typologies demonstrate how, by use of a metaphorical language, family ties were preserved within the monastic “family,µ being traceable in both the monastic lexicon and in the organization and functioning of monasteries. The text highlights some cases of cohabitation and, in particular, how the relations between men and women were managed in the first Egyptian monasteries and in the monasteries founded by Basil of Caesarea. The paper presents the main stages in which the prohibition of cohabitation between men and women was established in the Byzantine world, as well as the way in which, despite the canonical and civil ban, double monasteries continued to exist even after the fall of the Byzantine Empire. 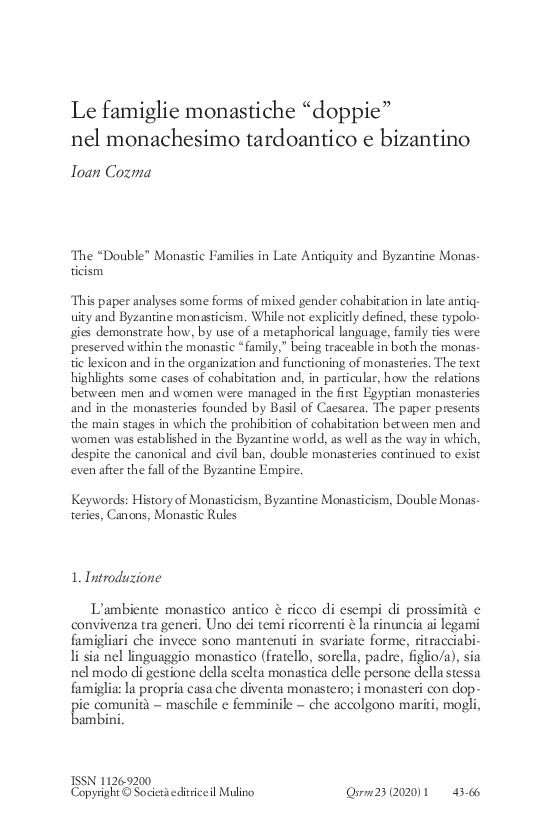