From approximately 1088, the introduction, also to Milan, of celibacy for the clergy (fostered by the ecclesiastical reform) marked the end for the Ambrosian Church of a centuries-old lifestyle, disciplined by the canons (as in the East) and rooted in the ancient rule of worship, common to the whole Christian people. The disappearance of the legitimately married ministry meant the loss of what had previously been, in the ecclesial community, the living paradigm of the conjugal status (characterized by the exclusivity of the spouses’ reciprocal belonging, demonstrated by absolute chastity before the nuptials and rigorous monogamy, even in the case of widowhood, by respect for the female figure in the person of the presbytera and by the use of marriage in harmony with worship and its celebrations). This change was not devoid of consequences also in regard to the cultural and theological perceptions of marriage. 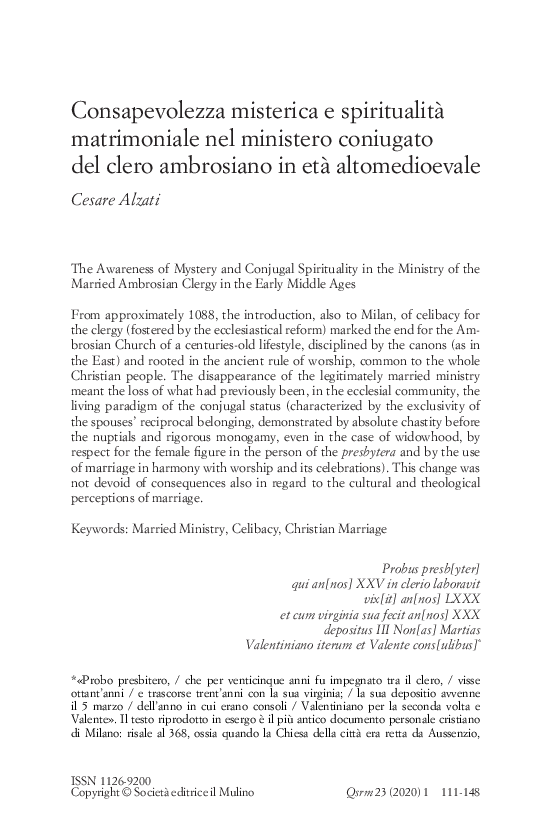