Arnold IV of Oudenaarde and his wife Alice of Rozoy, members of the baronial nobility, should largely be given credit for opening the world of the personal devotion of the transalpine medieval nobility to the historian, permitting us to quantify (in a certain measure) their religious activities, which demonstrate an intense and vast collaboration between the spouses and their complementary roles, along with their spirituality hidden behind the numbers of donations, foundations and “vocationsµ in the family, and were mainly centred on liturgical prayer and charity, thus trying to integrate religion into their cities better. 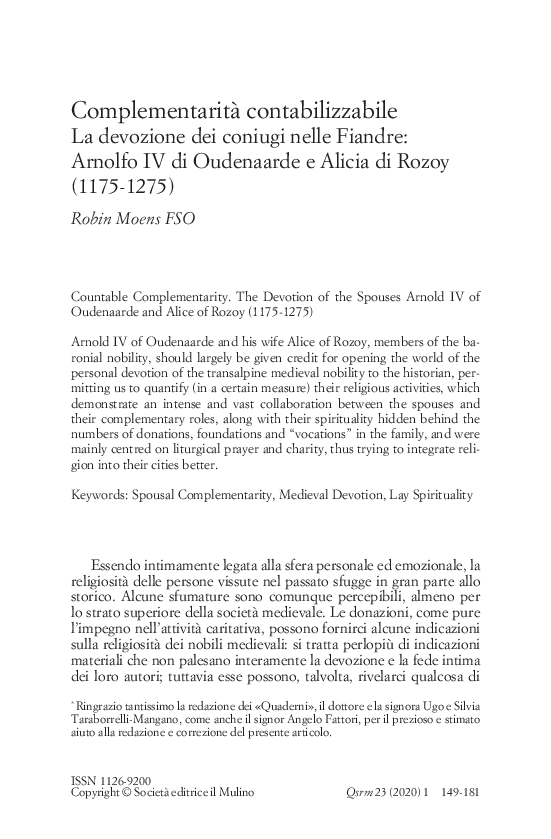