The frequent hiring of contractors or mercenaries is one of the main aspects of the general process of privatisation which has affected new conflicts, with a substantial superseding of the state form of war. The paper outlines the consequences of this process, taking as a starting-point the testimonies of private soldiers to whom critical functions of operational support have been delegated in various theatres of warfare. These irregular soldiers have acquired a particular "voice" nowadays; this is first of all due to the greater adherence of conflicts to irregular forms, and also to a creeping demand for social visibility in terms of professional and "moral" legitimisation. In the first case, it is above all the predisposition towards facing danger and engaging in "underhand combat", both crucial features of asymmetric wars, that is implicated. In the second case, on the other hand, more profound, grave questions are at issue: vulnerability becomes heroism and exposure to death is confused with the right to kill. On the strength of these premises, mercenaries, irregular actors in an irregular scenario, seem to turn into bearers of new regularities. And their claim for legitimacy becomes the reflection of a more general process, a consequence of the permanent unrest which has characterised global equilibria after 1989: the normalisation of war in our culture. 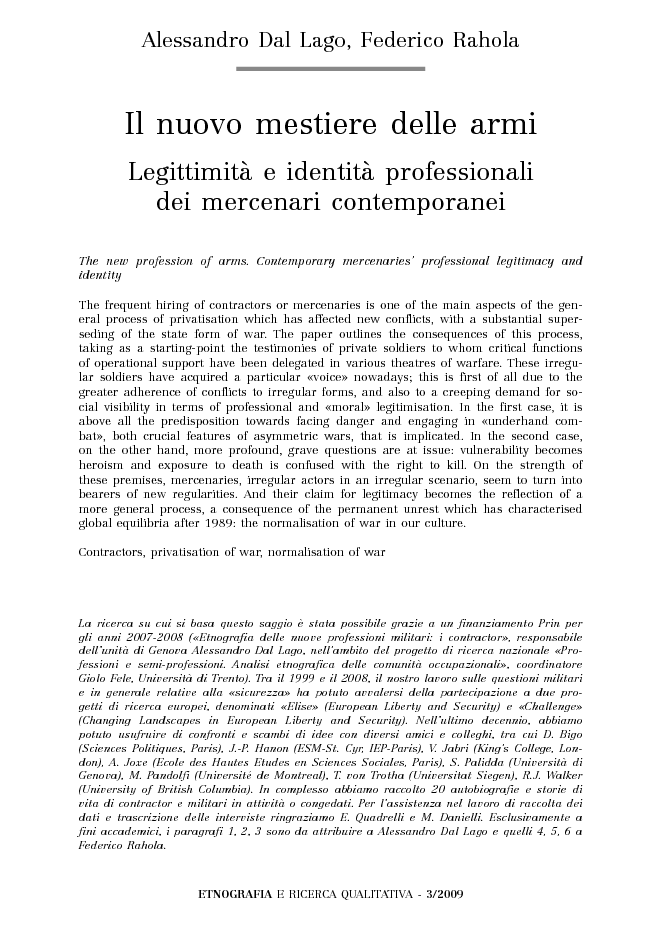