Although more than thirty years have passed, Italy is still struggling with the difficult memory of the 1970s, a decade marked by outbursts of political violence that has become known as the "anni di piombo". A climax was reached in March 1977 when a left-wing student - 25-year-old Francesco Lorusso - was shot dead by police during clashes in the city of Bologna, where a new protest movement had erupted towards the end of 1976. The wound left by the incident, as well as by the violent reaction of the so-called «'77 Movement» in Bologna and the severe manner the authorities dealt with the upheaval, never healed, and continues to haunt the city up to the present day. Consequently, the "Movimento del '77" has continued to be dominated by personal memories of eye witnesses and former protagonists of the clashes. In this article, we shall take a closer look at a number of local memory communities - mostly Lorusso's family and the association dedicated to the student - and the way these have commemorated Lorusso throughout the years and thus contributed to the creation of a public, local memory of the "fatti di marzo". 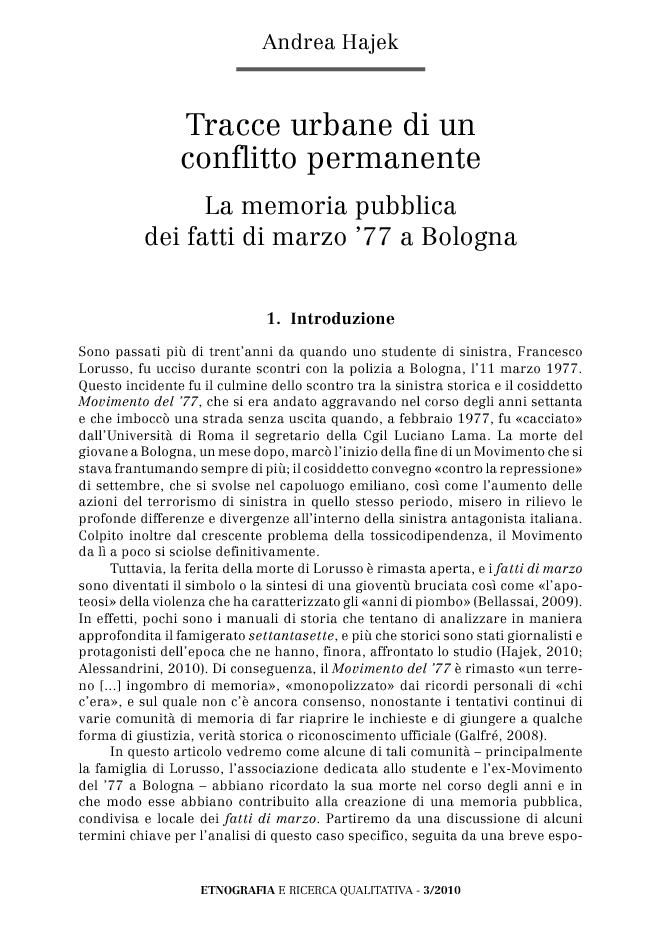