Following an approach to the study of ritual devoted to Durkheim, Goffman and ethnomethodology, this paper deals with questions about the practices of collective memory in the liturgical context of 27th January ("27 Gennaio"), the Shoah Remembrance Day, known as "Giornata della Memoria" in Italy. More specifically, the analysis concerns the annual official and institutional form of public ritual celebrated in Milan since 2001, a ceremony that is studied in terms of discursive practices and as a ritual of memory that implicates «Others». Assuming the social and political situation defined by members and their narrative practices as the main focus of analysis, the article gives an ethnographical account of the eclipse or failure of this ceremony and, speaking in phenomenological terms, of what can be called the «re-membering problem»: the discursive and practical activities by which actors succeed or fail to stay and act together as members of a supposed common, collective and cosmopolitan memory. In conclusion, some situated and political interpretations of the failure and its implications are proposed. 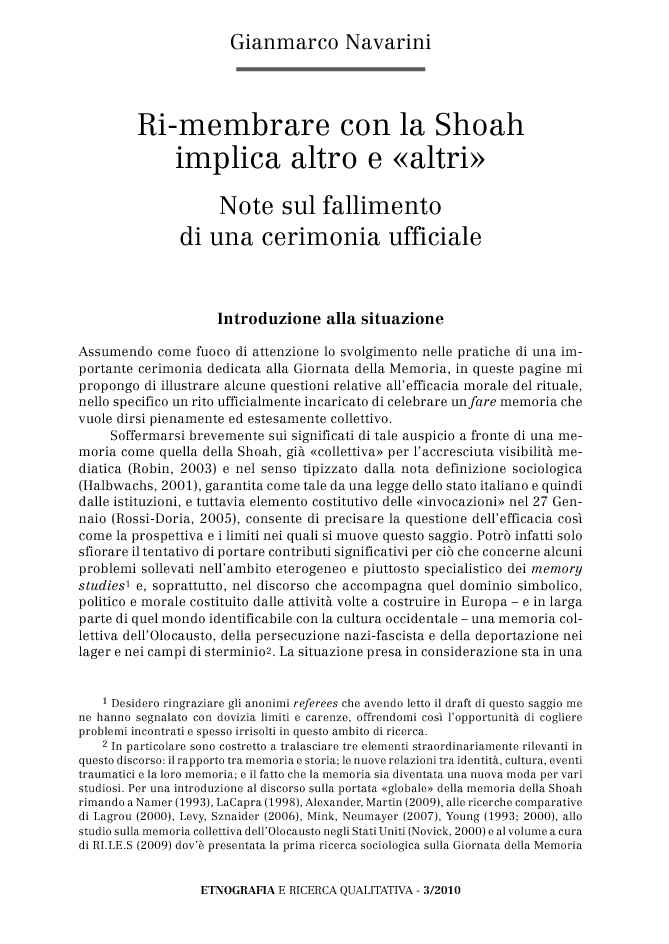