Two articles recently published in Comunicazione Politica have criticized the emerging tendency, diffused among scholars and journalists, to reduce different social problems and changes to the role of communication. Both articles have used the term «comunicazionismo» (communicationism) to indicate the major role that communication plays in explaining social actions: they argue that this is a sort of communication reductionism. The present article underlines, such as the already mentioned articles have done, the necessity to place communication in connection to social and political contexts and to refer to the findings, both theoretical and empirical ones, already gained by close scientific fields such as sociology and political science. At the same time this article underlines the necessity to distinguish in a more proper way between what emerges from the work and writings of communication scholars, what is at the core of public opinion debate that necessarily is forced to simplify social events and what communication professionals perform. In particular, this article aims to investigate the rapid and dramatic interest towards communication at the light of technological and economic changes that have featured western European society, and particularly Italy since the Eighties. 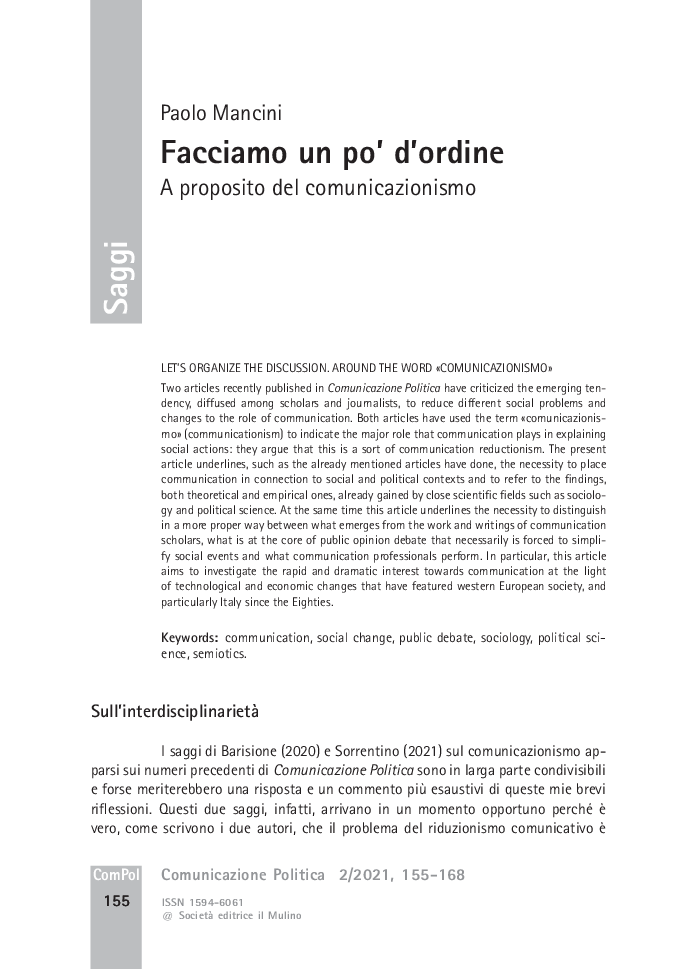