The anti-gender movement, a religious-based mobilization countering sexual minority demands for civil rights with a traditionalist vision of gender identities and roles, has attracted scholarly attention in the last few years as an emblematic example of the post-secular resurgence of religion in the public arena. The literature on this movement has pointed out the importance of social media communication, yet observations on this matter have mostly been anecdotal so far. This research aims to fill this gap by elucidating the structure and functions of social media through a systematic and extensive social media analysis conducted with rigorous computational communication science methods. Relying on the analysis of over 20,000 posts published on Facebook over about a decade, the research combines automated content analysis and time series analysis to shed light on the main actors and networks involved in the debate, the relation between social media communication, offline events and news media coverage, the uses of social media between traditional and digital-savvy activism practices, and the spread of gender-related mis/disinformation online. The study represents one of the first attempts to focus on the social media communication of the anti-gender movement from a computational communication science perspective. 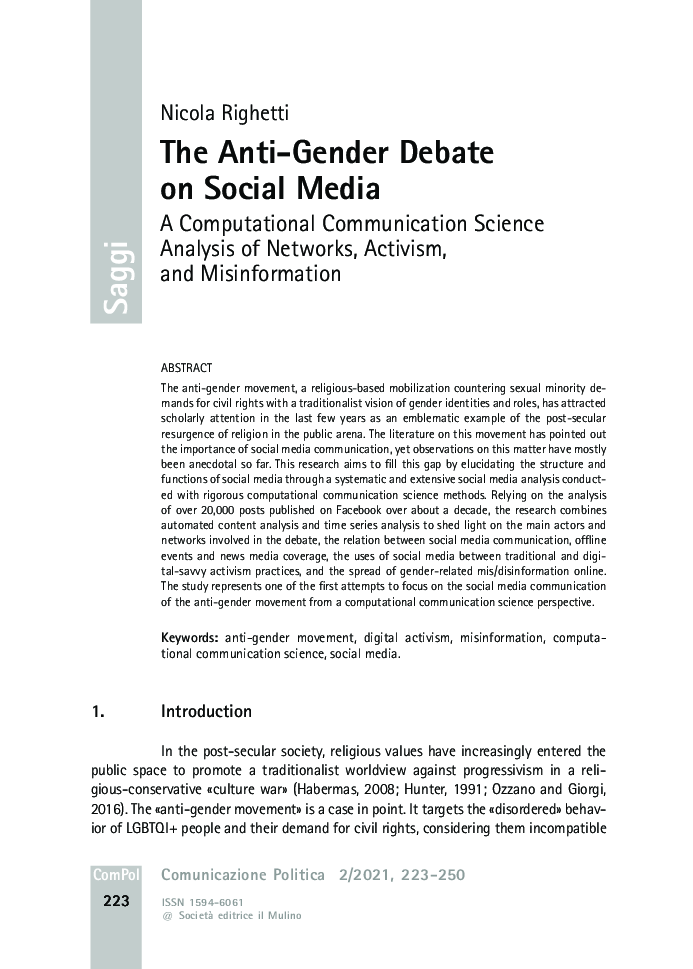