The article analyses the Facebook news coverage of a critical moment in the management of the Covid-19 emergency in Italy, such as the regularisation of immigrant workers. Through mixed methods and a double-level approach based on the journalistic discourse (top-down) and the grassroots responses (bottom-up), the study has empirically investigated in which way the main national news organisations contributed to feed a polarised and uncivil debate. The news frame analysis on the articles shared on Facebook has shown a plurality of interpretations about the issue (regularisation as emergency, regularisation as problem, political conflict, and solidarity). In comparison to the other outlets, partisan media not only have privileged a problematic and conflictual representation, but also adopted different devices of outrage discourse, thus developing a highly polarised news coverage. The analysis of the users’ comments reinforced the impression that right-wing newspapers have contributed to amplifying negative emotions and harsh attacks towards sensitive targets. Overall, the combination of the three levels of investigation (on news frames, uncivil language devices and users’ comments) gives a clear picture about the relationship between the partisanship of news media and the polarisation of the audience as well as their mutual influence in accordance with the platform mechanisms 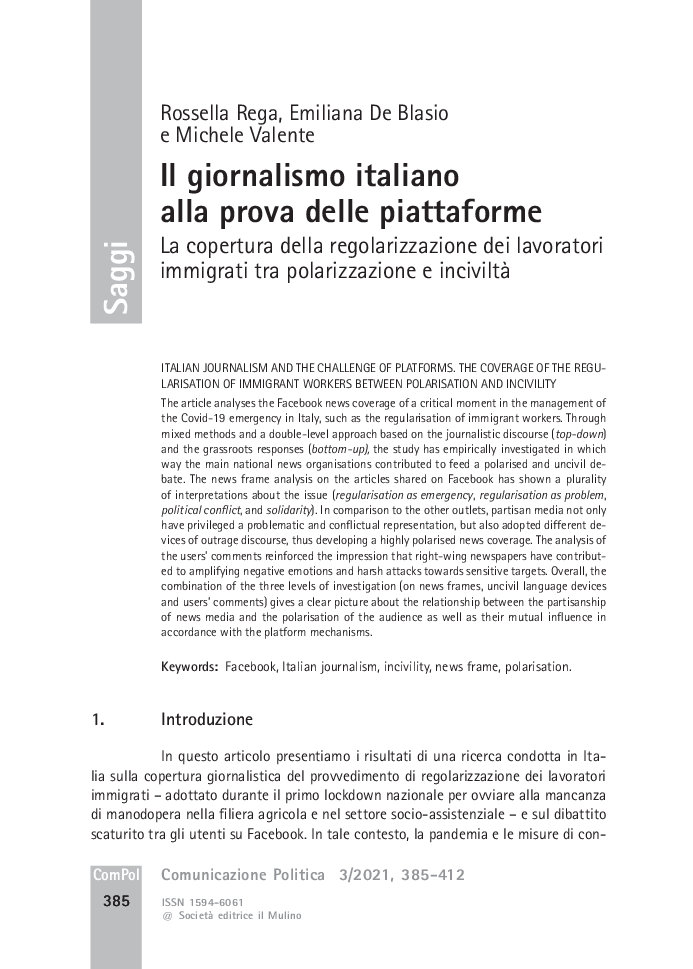