Barack Obama's 2008 Presidential campaign was characterized by a remarkable ability to innovatively harness the Internet to allow the candidate's supporters to organize on the ground and take an active role. Obama's election elicited great expectations and hopes that this model of political communication based on citizen engagement might be translated from campaigning into governing, thus renewing the dynamics and tools of the permanent campaign. Fifteen months after inauguration, however, most observers believe that change in this area has been slow and in many ways insufficient. The reasons for these delays can be ascribed to variables related to the political system, the media system, and the system of citizenship. This essay offers some reflections and hypotheses on the first phase of the Obama presidency, which is analyzed as a relevant case study in order to comprehend the dynamics of diffusion of new media in political communication during non-electoral periods. 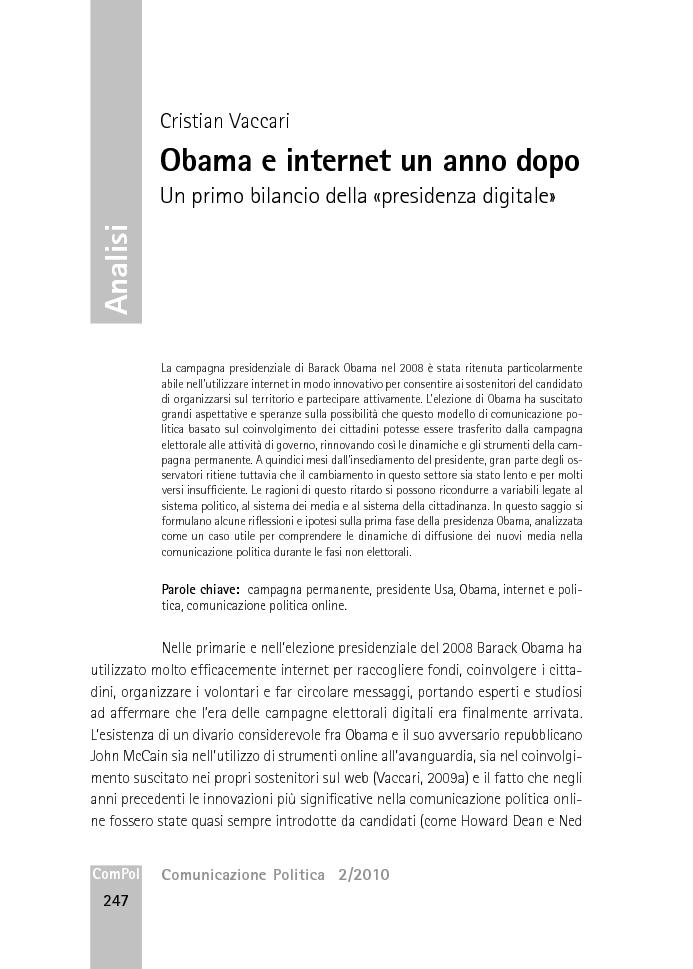