Italian commentators show an understandable sensitivity to portrayals of the country in foreign media reports. Therefore, we look at how an especially influential publication, The Economist, has portrayed Italy since 1994; why, and with what consequences. The magazine's attention to Italy has been growing, wide-ranging, but mainly negative. The latter quality is explained partly by the consequences of the socially constructed nature of reality, partly by the clash between the publication's «classical liberalism» and Italy's political-economic model. The publication's occasional major impact on national debate highlights the difficulties facing domestic journalists seeking to act as the fourth estate. 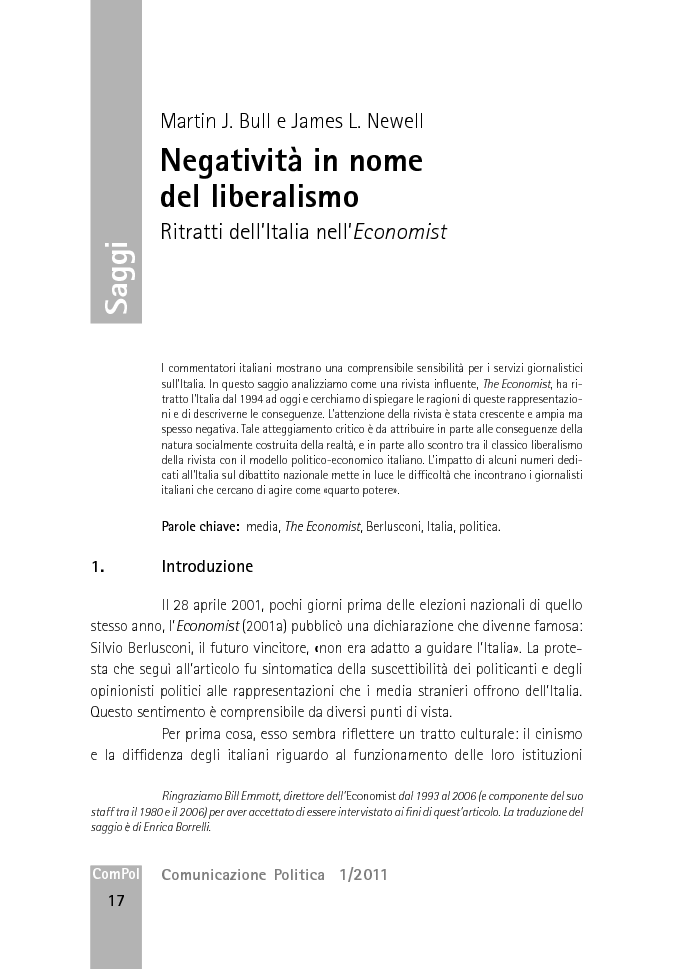