The national identity, rather than a «discourse» or a series of concepts, should be portrayed as a system of interactions: between a State, a land, a language, a culture. Thanks also to the influence of television one has seen the end of a solemn and ritual nationalism - promoted by public education and by the armed force - and the coming of what can be defined «secular nationalism», a sense of national belonging largely taken for granted. This is especially true in Italy, a country of late nationalization, where the dissemination of culture by the press is less incisive than in other Western European countries. 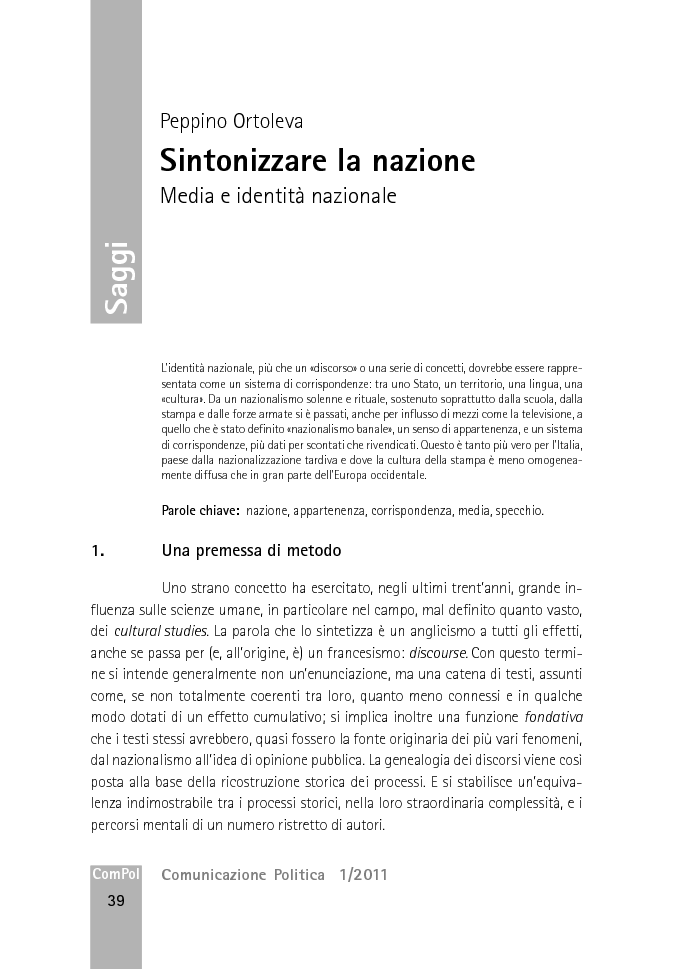