The fragmentation of political communication induces the public to construct «hybrids» between typical information genres and those popularized in the form of infotainment. Although social research studies the ways in which the latter format furnishes the public with cognitive resources, it has not adequately investigated how those contents are produced, with what mechanisms, and according to what logic. The article presents the results of a five-month ethnography of the satirical television programme Striscia la Notizia (in particular its press office) accompanied by 12 in-depth interviews conducted with staff occupying roles crucial for the programme's production: authors, director, lighting technicians, press officers. The analysis identifies the production mechanisms and considers them in light of the programme's editorial policy. It then shows how some expressive choices are also tied to productive routines which simplify the fieldwork. 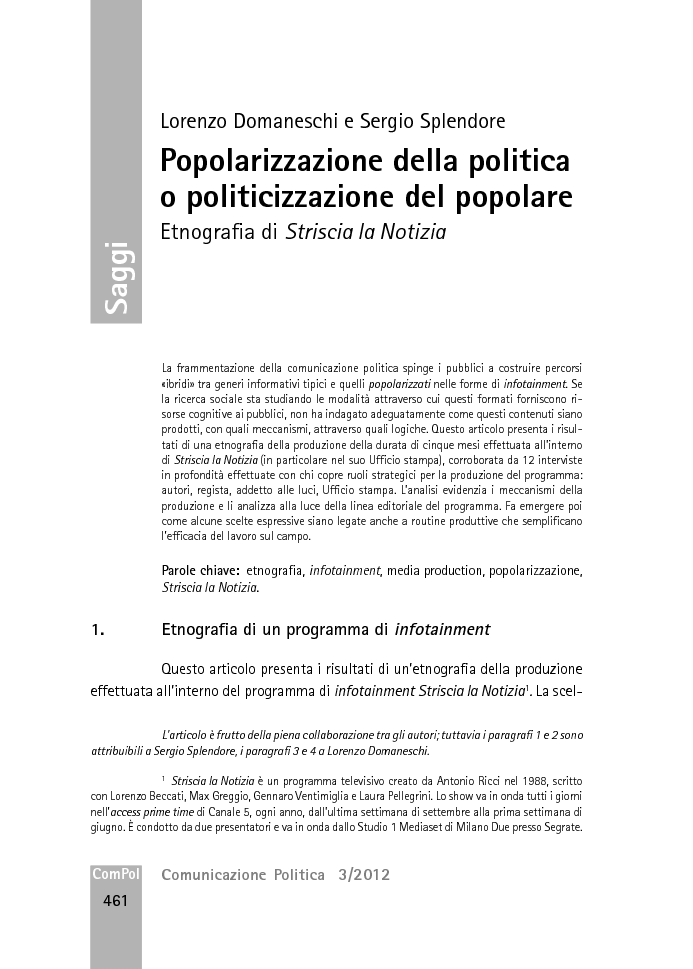