In Italy, the private lives of politicians and their various dimensions (family life, holidays, friendships) are acquiring ever greater newsworthiness. Testifying to this is the fact that weekly news and gossip magazines and television programmes mainly devoted to entertainment regularly give prominence to exponents of the political and institutional world to the same extent as they do to personalities deemed more suited to such media outlets, like sports stars, showgirls, and actors. Through analysis of the contents of four weekly magazines and four national television programmes, the authors on the one hand show which politicians furnish the most opportunities for coverage. On the other, and as a direct consequence, they explain why some political actors, all belonging to the same political alliance, are greater protagonists than their political adversaries in magazine services and studio discussions during television entertainment programmes. 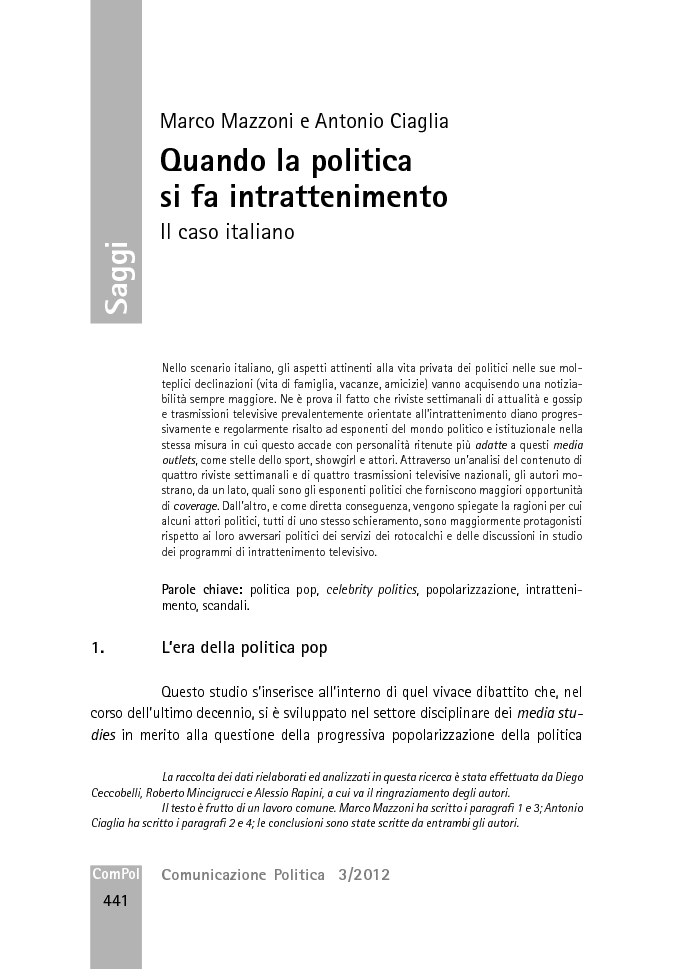