Several studies agree about the increased activism of the Italian President of the Republic since the nineties. Some, using the metaphor of the "accordion", attributed such activism to the weakness of the party system and the majoritarian transformation of the parliamentary system. Others emphasized the autonomous nature of that transformation, thus suggesting a structural change of the Presidency. In line with those studies, the article aims to analyze the communicative power as an indicator of presidential transformation. The hypothesis is that the mediatization of politics has modified the powers of the Head of State, by emphasizing its political and symbolic functions. The special features of the power of communication allow the President to achieve autonomous and not formalized room for manoeuvre, which, in turn, contributes to increase the President's media visibility, as well as his level of popular trust and his power to negotiate with decision-making institutions. The article focuses on the power of moral suasion and its innovative use made by Ciampi and Napolitano. Although in a different way, even Mattarella seems to confirm the symbolic and media centrality of the Presidency, thus corroborating the thesis of the structural transformation of the institution. 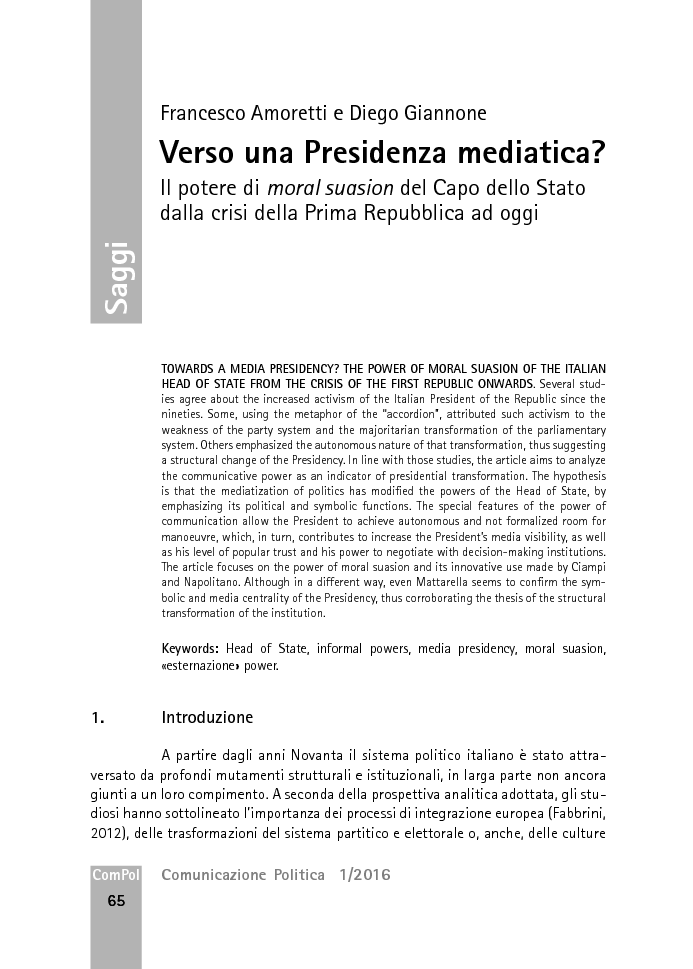