The Internet has become a semantic battlefield where parties and government representatives are subject to virtual agitators, scamming or smear campaigns. As new forms of civic engagement tap into the potential offered by social media platforms, they require less commitment from citizens, who increasingly turn away from conventional political participation. However, beyond these manifestations, which eventually produce little real-world impact, online activism can also result in more consolidated forms of politicking, far removed from traditional party structures. Established leaders, used to conventional means of political communication, are thereby confronted with grassroots movements resulting from the spontaneous aggregation of different online protests. This paper shall first refer to the Presidency of François Hollande - a President facing an ever-growing oppositional swarm, with protests such as the Manif pour Tous or the Printemps français. The paper will then take a closer a look at two German political movements, which have emerged during Chancellor Angela Merkel's third mandate: the party Alternative für Deutschland (AfD) and the grassroots organisation "Pegida". 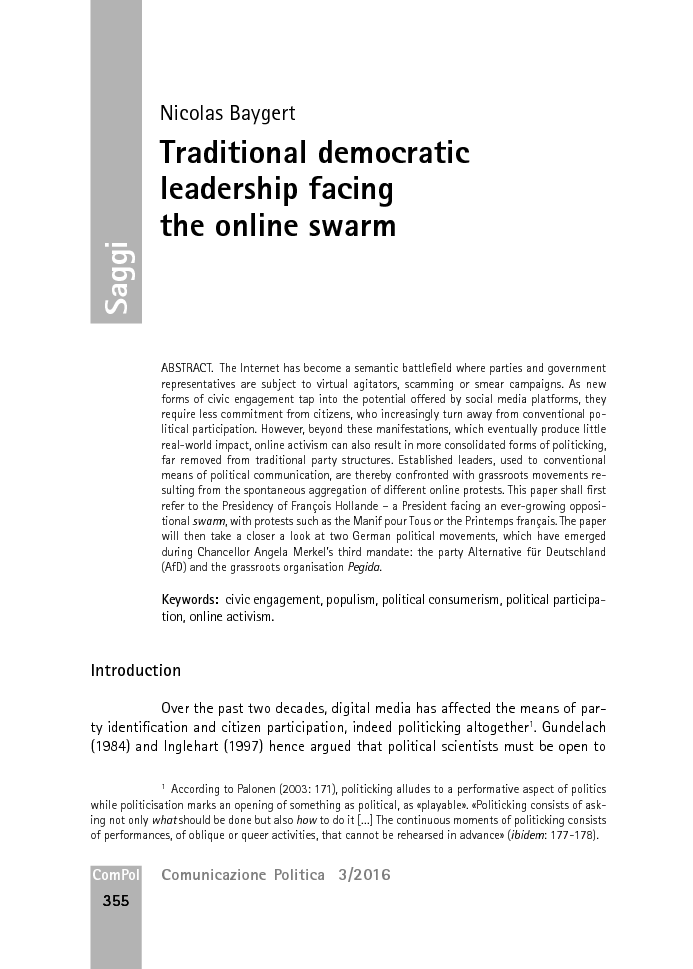