The spread of Web 2.0 technologies even in public institutions offers new possibilities for communication and relationship between governments and civil society introducing principles of participatory democracy and co-administration. However, the empirical studies often show a significant distance from the literature claims on the potential democratic innovation of social media in governments. By analysing the content of 5,330 tweets of nine Italian official accounts of government departments, the study investigates the use of social media and shows the gap between theoretical assumptions and actual Twitter use. The analytical framework considers two dimensions: the content of tweets and the type of actors networked. The content of tweets were classified through a typology of public communication which combines 7 categories of objects (institutional, political, normative, service-oriented, social, consultative, participatory) and 3 categories of communicational goals (promotional, informative, participative). The typology was further synthesized through an index of communication approaches. Our findings indicate that Twitter is mainly used as a traditional media rather than as a mean of consultation, participation, shared governance and its use is limited to visibility, legitimation and reputation building. A network almost entirely composed of political actors confirms a top-down and self-promoting approach, whereas interactions with societal actors are marginal. 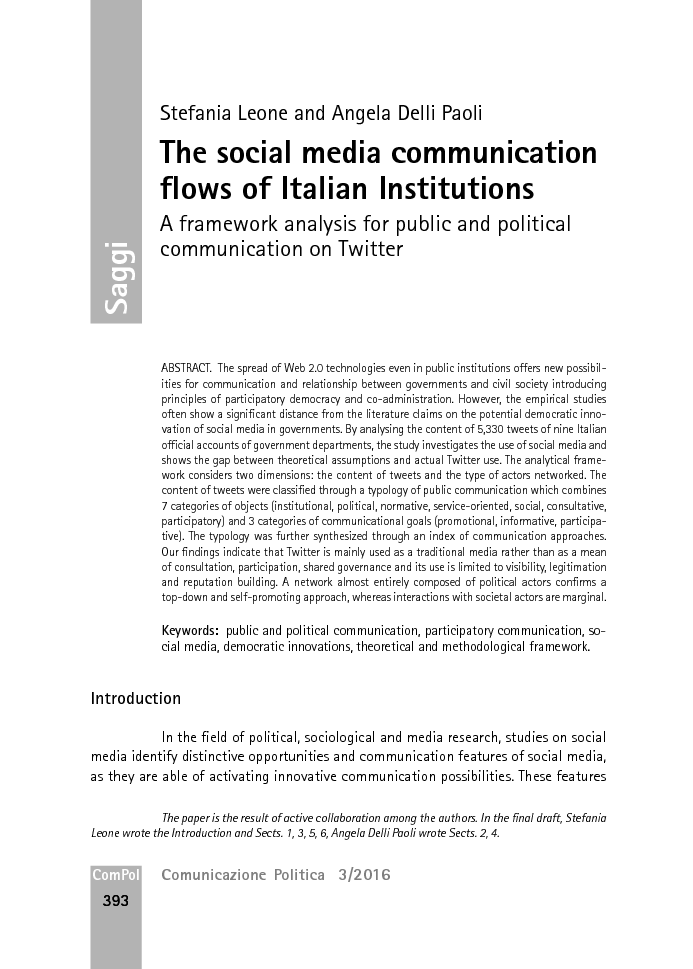