Michel Foucault investigated the functioning of war in modernity, and more specifically civil war, from a perspective that significantly diverged from that of Carl Schmitt. While Schmitt aimed to demonstrate – particularly in The Nomos of the Earth – how the great achievement of jus publicum Europaeum was to humanize war (with the transformation of civil war into interstate war), in Penal Theories and Institutions and The Punitive Society Foucault showed that civil war is not a type of conflict that modernity was able to eliminate. Rather, civil war has been concealed in order to guarantee the exercise of power in terms – precisely – of civil war, which must, therefore, be understood not only as a fundamental theoretical node for the understanding of political processes, but also as a phenomenon shaping their operation. By examining these two authors, whose thought has rarely been compared, and while remaining within the framework of the Foucauldian research, the article highlights that Foucault developed a different genealogy of modernity than that of Schmitt. The consideration of the latter in order to explore the work of the former illuminates understudied aspects. 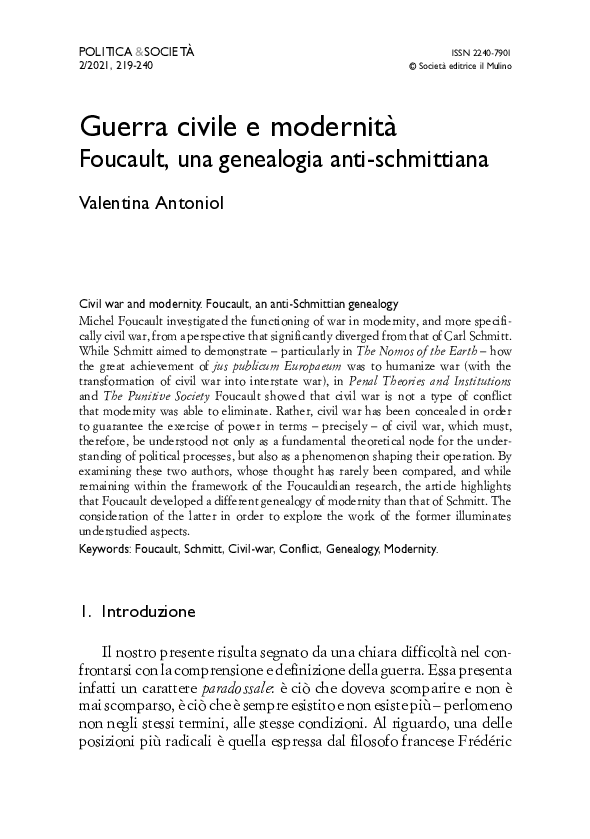