Keynes’s economic theory is precisely, and truly, a method, and a logic, a new way of reasoning in economics, wherein form and content are not independent entities. Keynes’s method is best described as an apparatus of probable reasoning, where the term probable refers to the logical conception of probability he exposed in his A Treatise on Probability. Probable reasoning is a non-demonstrative organised way of thinking, which however cannot furnish infallible answers nor settled conclusions. Keynes’s theory of economics is in fact non-positivistic: it consists in a method of analysis, which necessarily requires reader’s involvement. Readers are called upon to follow Keynes in his further analysis of the economic material. Keynes’s theory is in fact an open-end theory shaped by an open system of thought. In Keynes’s economics, there are no theoretical limits to further analysis: all closures are provisional, and the list of probable repercussions is never complete. The General Theory provides a perfect illustration of such an open-end theory produced by an equally open system of thought and a way of dealing with uncertainty 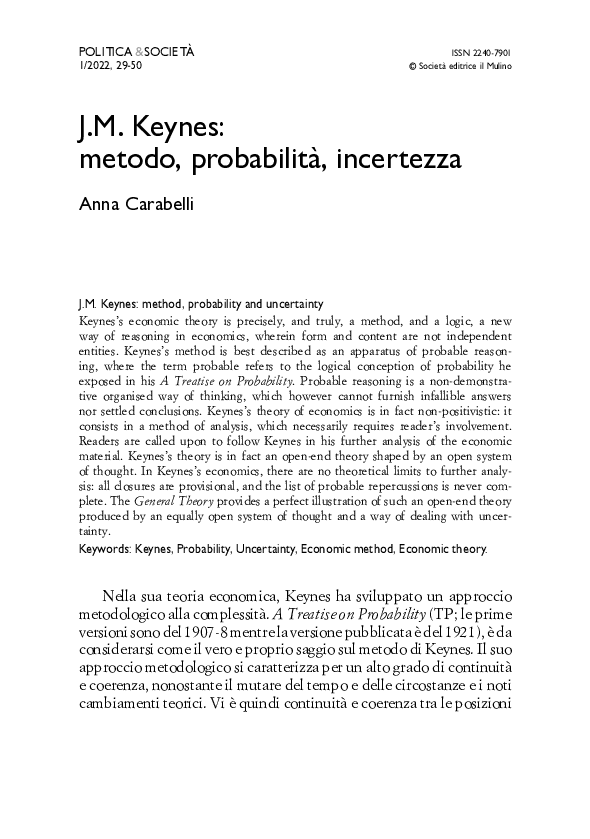