Despite growing interest in the political philosophy of Carl Schmitt, his distinction of different types of state has been largely overlooked by both political theorists and legal scholars. This article attempts to fill this lacuna. In the space of a few years, Schmitt provides two different typologies. In "Constitutional Theory" (1928) he distinguishes between two basic forms of state: an identitarian state and a representative state, depending on whether the people, conceived as both the political body and the source of normativity "par excellence", is concretely present or merely represented. A very different classification is instead suggested in "Legality and Legitimacy" (1932). According to this alternative view, there are four types of state: legislative, jurisdictional, governmental and administrative, depending on who is in charge, that is, which is the ordering principle and the branch of the state apparatus that holds the power to decide in the last resort. Despite their difference, and according to the polemological approach that characterizes Schmitt's decisionism, both typologies provide the basis for a radical critique of mixed constitutions and liberalism. 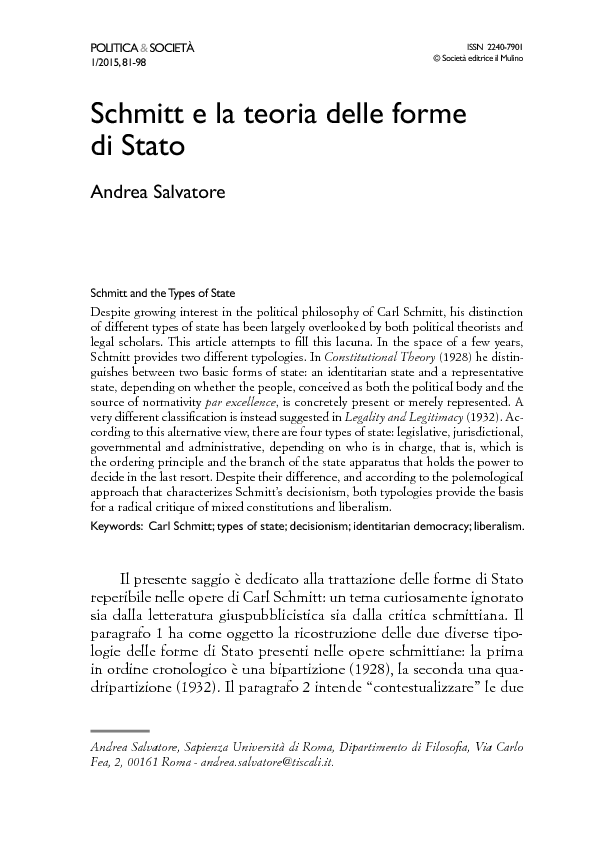