In the early 1970s, after the publication of John Rawls' "A Theory of justice", an intense debate arose in the United States concerning the compatibility between liberalism and socialism, which become very well-known in Italy during the 1980s. This debate, however, is interwoven with different type of question concerning how the Marxian socialist project has to be understood. According to some authors, whether implicitly or explicitly, socialism is an ideal of justice and constitutes a normative position in whose name a sharp critique of capitalism is exercised. According to others, reading Marxism and socialism in this way is a mistake, and betrays both the author and the aim of his theory. The attempt of this article is to defend the second position, discussing some of the arguments against it. I try to prove that many arguments meant to prove that Marx either conceived or was bound to conceive socialism as an ideal of justice and a critique of capitalism do not reach their target, and I provide an alternative interpretation. This done, however, I try to show how we can take Marx' teaching in our days, defending Rawls' theory of justice as a socialist theory, and not a specifically liberal one. 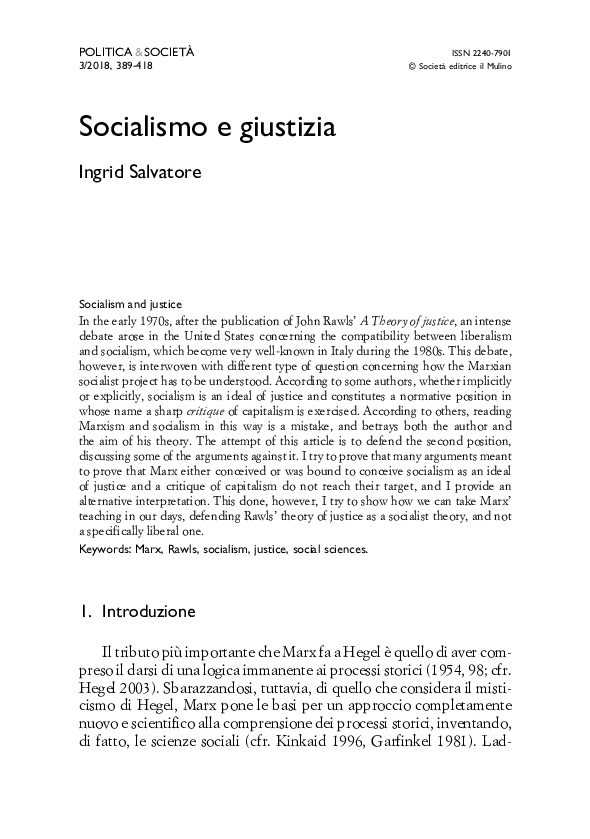