This article discusses postcritique as developed in particular by Rita Felski, Bruno Latour and Davina Cooper. While postcritique has recently become subject of debate also in Italy, the aim of this essay is to show the relation between critique and postcritique, which I propose considering as a "betrayal". Critique requires a suspicious attitude always prepared to discover and denounce a betrayal. On the contrary, postcritique acts like a traitor that is not ashamed of its misconduct, but that takes pleasure in following its immoral passions. Indeed, a postcritical attitude offers at least four 'instruments of pleasure' that this article outlines. It deals with a cartography of surface, an ontology of relation, a pragmatics of mediation and a politics of affection. These instruments allow postcritics to complete a metamorphosis of moles (zoopolitical figures suited to the depths) into snakes (animals of surface). In this way, postcritique could be considered as a new attitude able to make its concepts slither to the surface of singular networks and everyday practices. 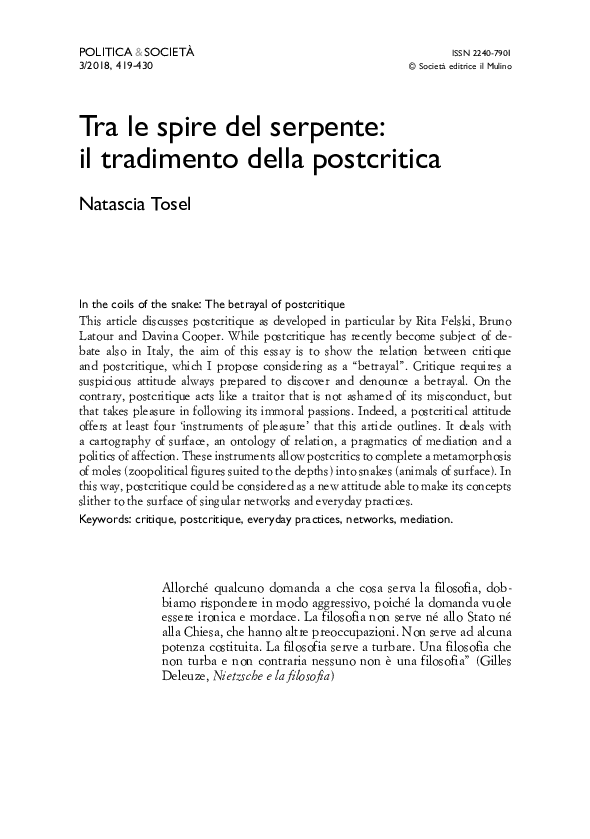