Alfonso Catania (1945-2011) leaves us with an important theory of law, built on a number of concepts which he originally defined. The first section initially analyses Alfonso's well-known criticism of Hart's theory of acceptance, and goes on to consider the connection between legal norms and social behaviour sketched out by him in his first book (1979), Decisione e norma. The second section reconstructs and criticises Catania's theory of the recognition of an effective legal system: a theory perfectly consistent with Italian 'methodological' legal positivism, but still too generic to capture the division of legal recognition's work among citizens, officials, judges and legal dogma. The third section, developing ideas from Alfonso's last book (2008) Metamorfosi del diritto, attempts to rewrite his theory in evolutionistic and constitutionalist terms. 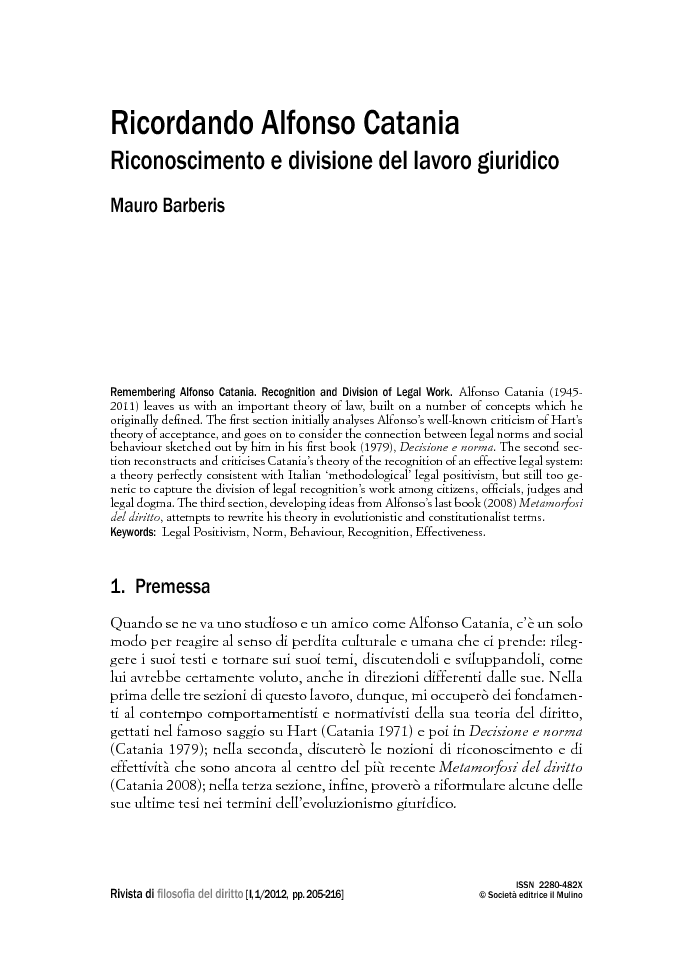