In all cultures, law and religion are considered practical and inextricably intertwined affairs; only in today's Western culture, on the contrary, law is less or more secularized, and religion becomes a matter of faith, belief and conscience. This paper is about religious freedom, conceived as freedom of religion and as freedom from religion too. In its first part, three conceptions of religion are distinguished - comprehensive, thick and thin - depending on the extension they attribute to religious sphere. In the second part, an historical sketch of the law-religion relationship is provided. Finally, in the third part, thin conception of religion and conception of religious freedom are applied to three constitutional questions: biological life, same-sex marriage, and life's end. 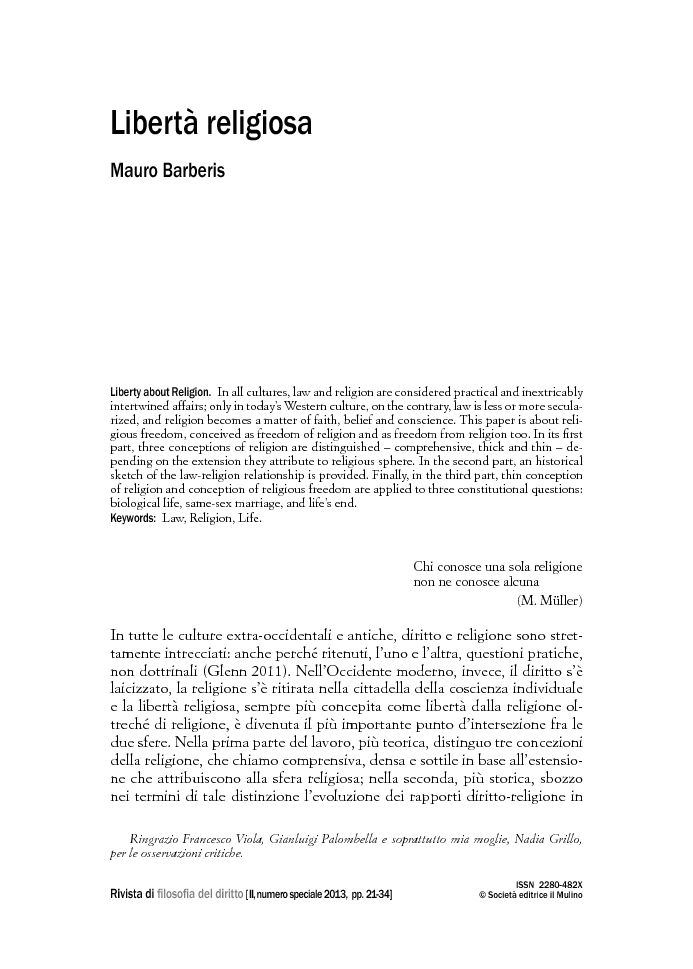