Robert Alexy’s scholarly path, which summarizes a so large part of recent legal philosophy, is periodized in three steps: a metaethical foundation of legal argumentation; a theory of Constitutional state’s law; a generalization of all this in a sort of Philosophia perennis. Given this reconstruction, the most problematic feature of Alexy’s legal philosophy seems to me the inflationary use of terms such as “necessityµ, “necessaryµ, “necessarilyµ: an use problematized by him only in discussions with critics. My goal is, first, to distinguish the normative and conceptual sides of Alexy’s uses of “necessityµ, second, to reconstruct his legal philosophy in terms of a less ambitious theory of Constitutional state’s law. 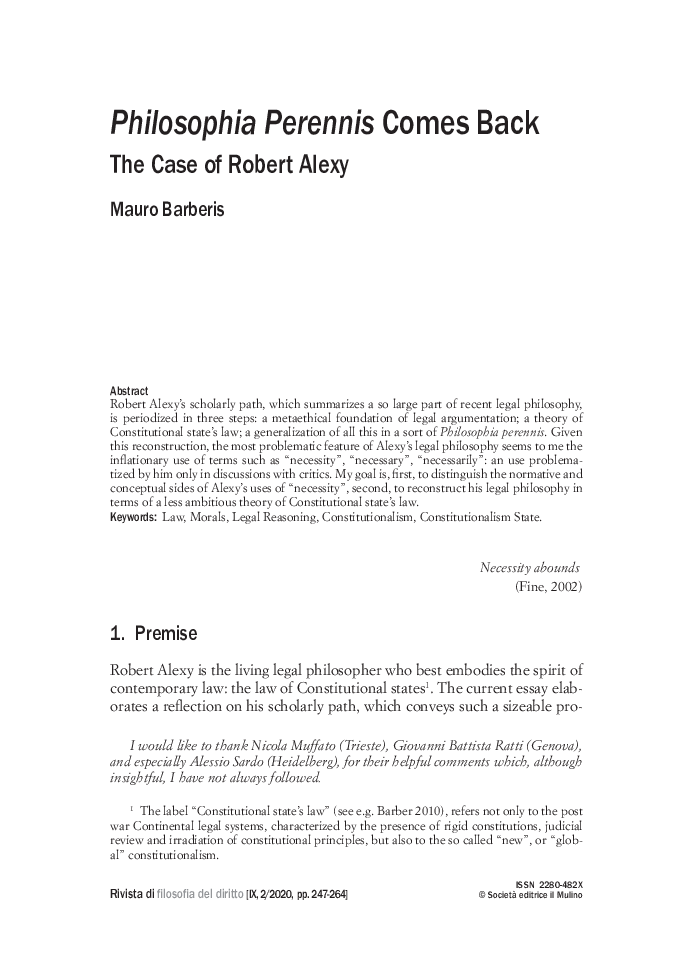