At the beginning of 2012 the Italian legislator has finally adopted a law about the over indebtness of the small businesses (i.e., those enterprises which may not be declared insolvent according to the Italian bankruptcy law) and very recently the scope of the law has been enlarged, including also the consumer, with specific rules dedicated to a simplified procedure, in order to allow the discharge and therefore permit the so called «fresh start» for both the consumer and the small business. Although the Law is in principle opportune, may be necessary at the time of such an economic depression (as a central policy issue not only in Italy, but of course within the entire UE), the solutions adopted by the new Italian Law need be tested in the praxis of the courts. The lawyers will be involved in many complex legal problems, since the procedural as well the material rules have been drafted on the model of the recently reformed Insolvency Law, even though the debtor is, by definition, not the same enterprise subject to the same Insolvency Law. The main contractual instrument is, in fact, the agreement with a certain percentage of the creditors for the restructuring of the debts and the role of the court is that of a supervisor on the correctness of the process of admitting the debtor to the procedure and the subsequent performance of the obligations assumed by the debtor and, eventually, the third parties intervening as guarantors. 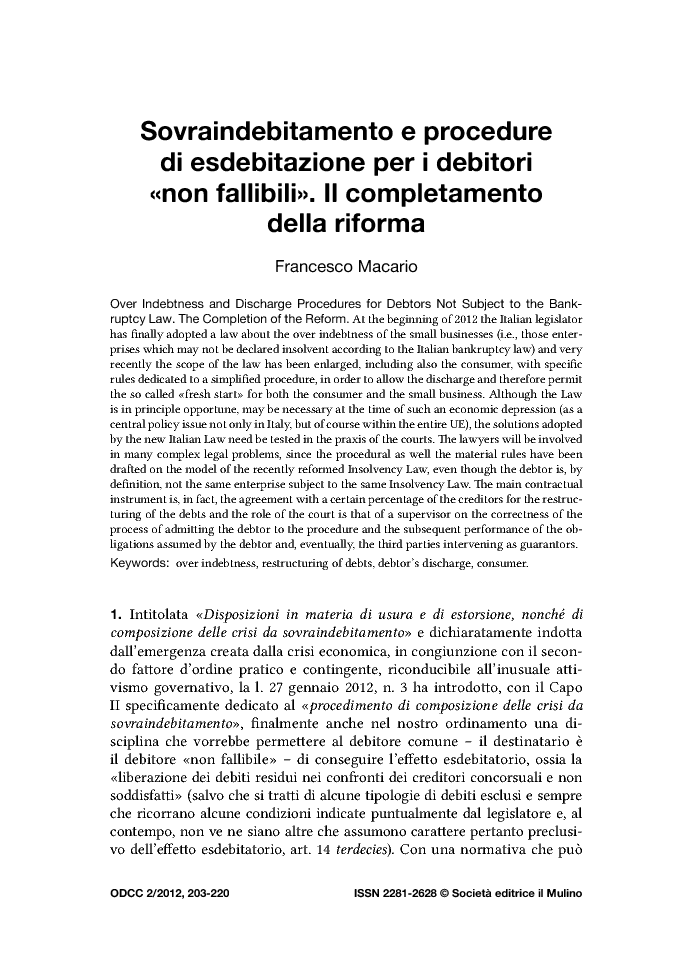