Punitive damages have for years been one of the most hotly debated legal topics around the common law world. In recent years, however, the interest in this subject seems to be shared increasingly by continental scholars. The scholarly literature on punitive damages is immense. It covers almost every aspect of the punitive damages phenomenon, from almost every angle (doctrinal, conceptual, philosophical, political, economic, historical, empirical, constitutional, and comparative). Surprisingly, however, there has been little academic effort to systematically organize the punitive damages field. What seems to be especially lacking is a roadmap which would be able to encapsulate the various aspects of the problem and to demonstrate the connection - or lack thereof - between these aspects. In this article, the author aims to offer the reader such a roadmap. The starting point is the author's claim that forming an opinion on whether or not a doctrine of punitive damages may ever be justified and, if so, in which form, requires the posing and answering of a series of interrelated - but distinct - questions. The present article is an endeavor to present these questions and to discuss possible answers to them. It thus offers both continental and common law lawyers a draft roadmap, which might be of assistance to anyone willing to become more acquainted with, and more involved in, the punitive damages debate. 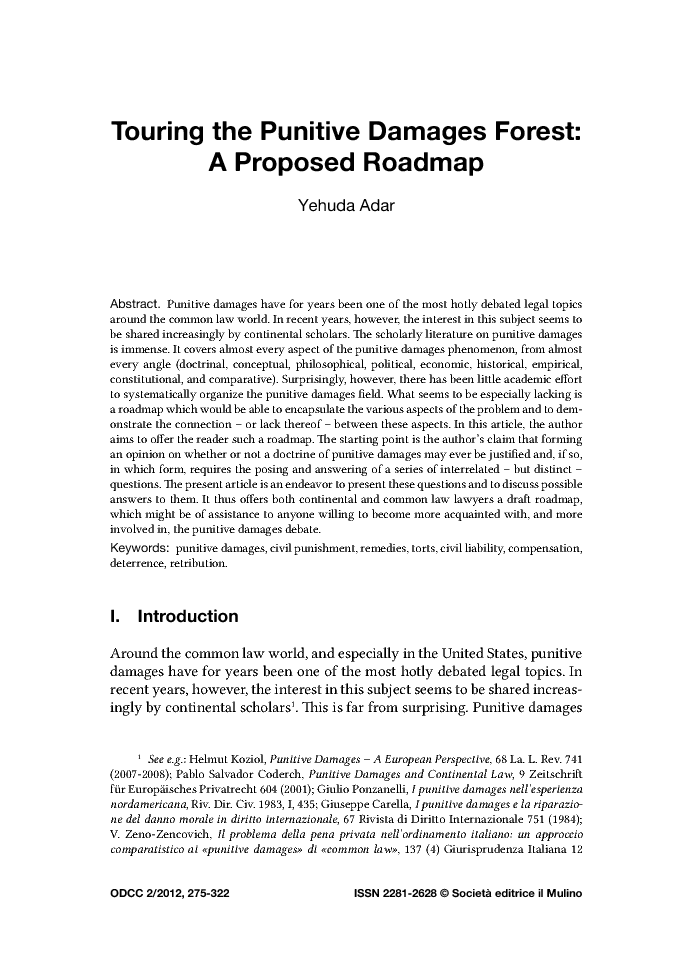