Divided into five sections, this paper depicts a fresco of the role of general principles and fundamental rights in the EU legal system, specifically focusing on their application within the harmonization process of European private law and aiming to outline their relation with the proposed Common European Sales Law (hereinafter CESL). The Author points out how, in the proposed draft of the CESL, any mention about fundamental rights is missing while general principles are recognized. Here lies the problem: how should we deal with a legal text that, on one hand, evades fundamental rights and, on the other hand, proposes itself as a closed system (i.e. to be interpreted and developed autonomously)? The Author starts his argumentation by moving from the consciousness that principles is not a technical term, but a versatile one with an indistinct meaning thanks to which, as a matter of practice, the expressions general principles, values, fundamental rights and human rights can be used interchangeably. Evidences of that are the Charter of Fundamental Rights of the EU, the European Convention on Human Rights and the case law of the European Court of Justice, which witness that assumption and prove that fundamental rights stand for general principles that today are officially legally binding by means of the Consolidated version of the Treaty on European Union. Concluded this reconstruction, the Author moves on and can eventually outline the different ways to include the Charter principles among the CESL principles (consequently making them directly applicable to the relationships between private parties); at the same time the reader's attention is drawn to the ongoing discussion about which venue could be better. 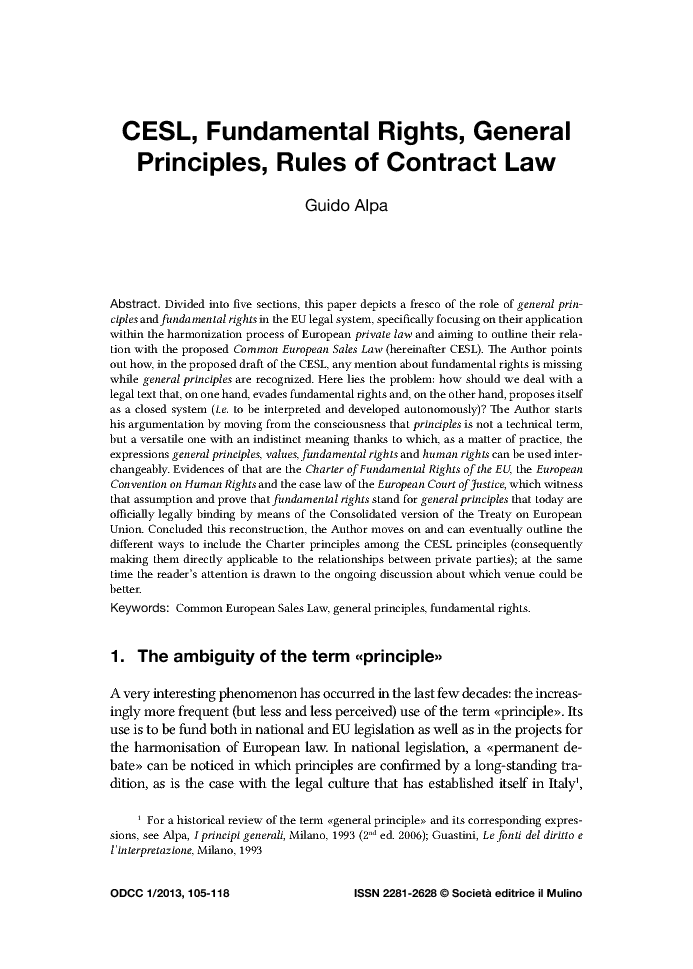